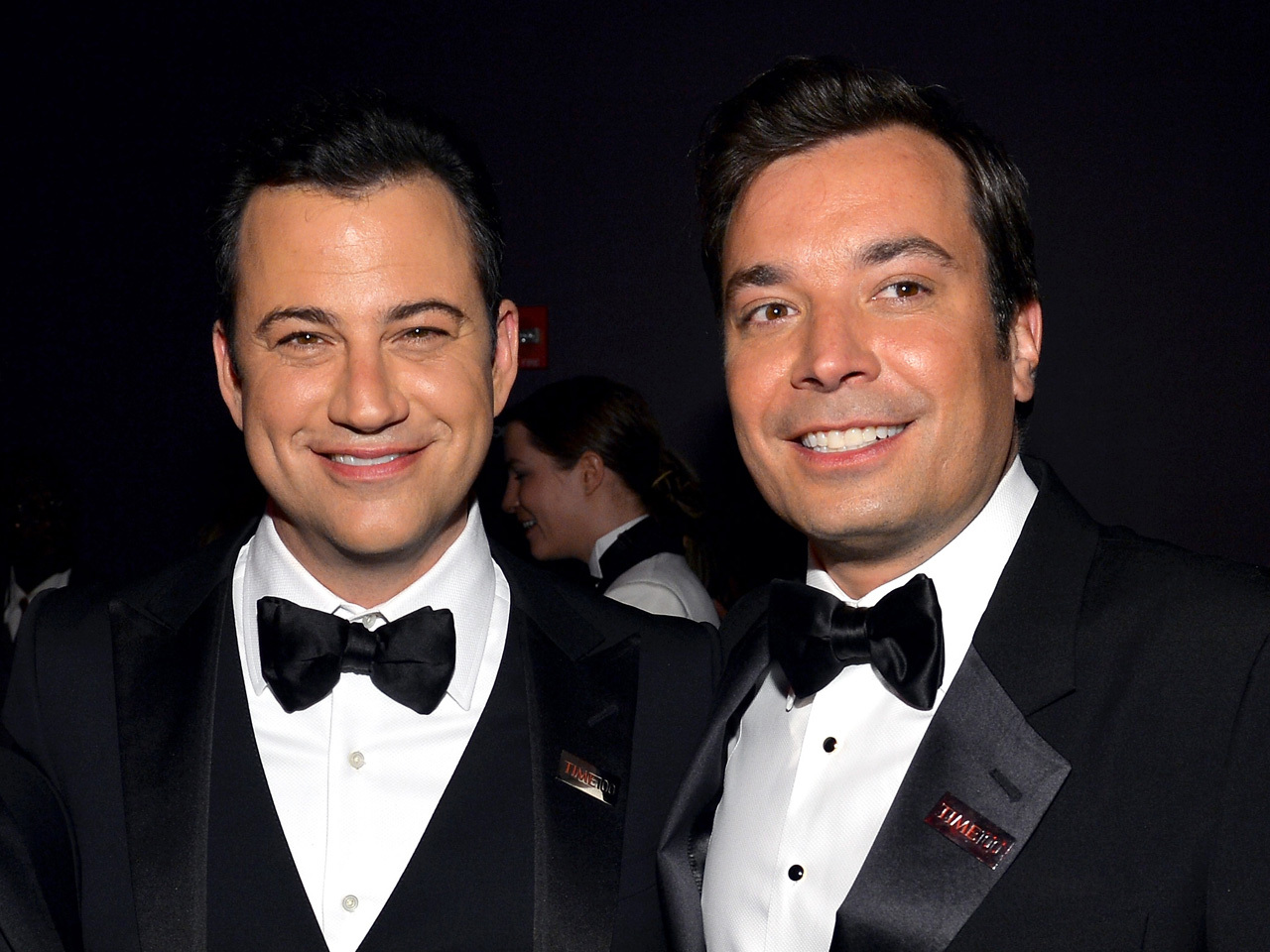 Late-night hosts Jimmy Kimmel and Jimmy Fallon were among the honorees in New York on Tuesday at a gala recognizing Time magazine's annual list of the 100 Most Influential People in the World.

Unlike the longtime feuds between some other late-night hosts, Kimmel and Fallon agree there's no rivalry between them.

"I feel good about it. We're very friendly. I know people expect us to dislike each other and say bad things about each other but that will never happen," said 45-year-old Kimmel.

He agreed that making nice is a good thing.

"It is nice. We're like (vocalist duo) Peaches & Herb. I'm Peaches," he laughed.

Kimmel and Fallon will become direct competitors when they face-off in the ratings next year. Fallon will be leaving NBC's "Late Night with Jimmy Fallon" to replace Jay Leno as host of "The Tonight Show."

Thirty-eight-year-old Fallon said, as of now, things won't change much when he switches to "The Tonight Show."

"We do a great show now. I think we're ready. I thank Jay Leno for being awesome and still being number one because without him I wouldn't have a job," he laughed. "It's just like they call you up from the minor league so I'm ready to go for the majors and I'm gonna swing for the fences."

In January, ABC's "Jimmy Kimmel Live!" moved to the 11:35 p.m. ET time slot, putting it in direct competition with "The Tonight Show" and "Late Show with David Letterman."