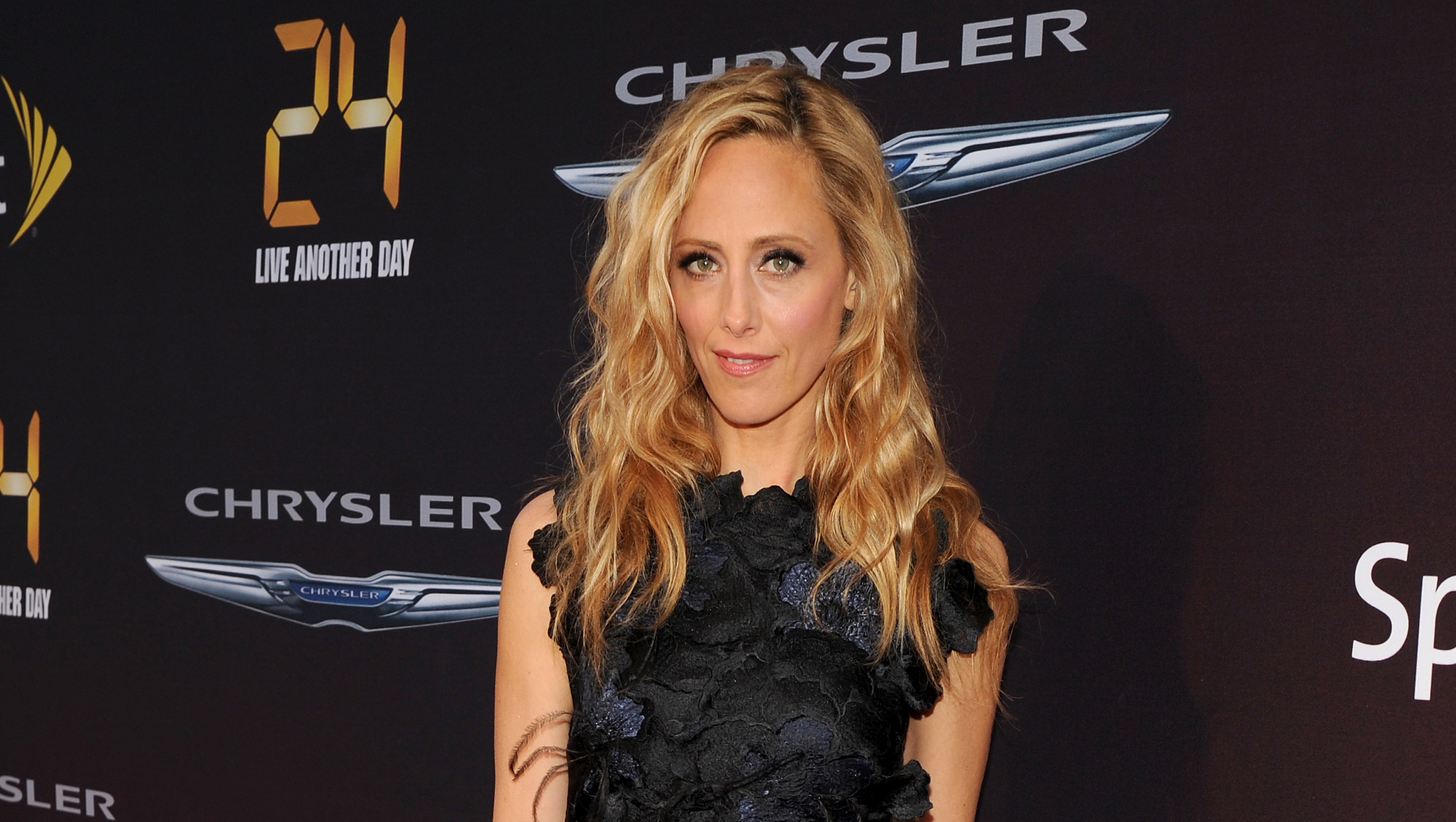 Kim Raver never would have thought she'd one day get a phone call asking if she'd like to revive her Audrey character in a reboot of "24" nearly four years after the hit series went off the air.

"It's just never been like that...With television, it's like when something is done, it's done," Raver told CBS News. "There was a little part of me that kind of mourned leaving that character because you get very attached especially after two, three, four years...Yes, people talked about it maybe being a film, but you would have never imagined that you'd have possibility of ever revisiting as a series. So, when you get that call, you're like, 'Yes, of course!'"

So last year, she packed up her bags, her husband, their children and even their dog for a move to London, where Raver spent eight months shooting "24: Live Another Day" alongside series star Kiefer Sutherland as Jack Bauer, along with familiar "24" actors Mary Lynn Rajskub and William Devane. There are some new faces in the mix, too, including Tate Donovan, Benjamin Bratt and Yvonne Strahovski. Billed as a limited event series, the show premiered in May on Fox. Set four years after the season 8 finale, the latest installment follows the original "24" real-time plot with events taking place over the course of 24 hours.

"The writing is so amazing and [so are] my experiences with Kiefer and also with this character," said Raver whose character was previously romantically involved with Jack Bauer. "They're such multifaceted characters...They create these very emotional, turbulent characters so that when there is action, there's a big payoff because you care so much about the characters...Then they introduce new characters. Tate Donovan and I have such a great time playing husband and wife...And what does that mean to the Audrey and Jack characters?...So, there was this amazing thing of stepping back to a very familiar feeling and knowing the character but also with different circumstances. It's really one of those dream jobs."

Raver admits, though, with a show as big as "24" she felt some pressure going into the premiere "Live Another Day." So far, though, reception has been positive, with good critics' reviews and steady ratings week to week.

"You always want to do justice to what you started...You want to make sure you care for it because there is that pressure," said Raver who appeared on the original show from 2004-2007. "The fans are such huge fans so you want to do justice by them....I just really trusted the writers. They did so many stories. I felt like we can't go wrong. For me it's like...let's just keep telling the story."

Viewers can expect more scheming and a few surprises on Monday night's episode. Although Raver didn't divulge too much about the rest of the season, she did say things will get more complicated with plenty of twists along the way.

"For me, it's always so amazing once you start getting half way or three-quarters because then the stakes become unbearable and things start happening. Even me who knows the character, I literally was gasping about the stuff that was coming up," she said. "You have an idea, but you don't know. Just the payoff gets even bigger because you know the character so well. Then there are things that happen that you can't believe are happening. You're so emotionally engaged because the stakes become very, very high."

There's no official word yet if "24: Live Another Day" will live to see another season. Even Raver is on the edge of her seat: "It really forces you to be in the moment because you just don't know. Just when you think you know something, you really don't know it...I feel like I'm really alive in the moment because you don't really have a choice. As the scripts were coming out, they [the writers] would be like, 'Oh don't read that -- the scene is changing.'...Anytime you do '24' you never know what's coming down the pike, so just be ready for it."

Now that filming has wrapped, Raver and her family are spending some time in France before heading back to the U.S. to "figure out what's next." "For me, time just passes by so fast with work and the kids," she said.

"We're all so busy...there's not really a moment where we take care of ourselves...I think for me because I'm so busy I'm into the multi-tasking way of taking care of yourself. Throw a bottle of water in your bag, or find a moisturizer with a sunscreen. And a big favorite of mine became the Colgate Total Advanced Whitening," said Raver who recently teamed up with Colgate for Women's Health Week. "I gotta brush my teeth, but this is like whitening and taking care of my health."

While overseas, Raver has actually been getting recognized lately for her previous role on "Grey's Anatomy." From 2009-2012, the 45-year-old actress portrayed Dr. Teddy Altman on the series -- and clearly some fans won't forget it.

"I can be in the middle of a tiny town in Italy or France. And it's raining and I have a rain cap on. I'm barely recognizable and people will come up and call me 'Teddy,'" she said. "It's like, 'How do you know who I am?' The show reaches out to the tiniest places in the world. I'm always so touched. I'm amazed at people's reaction to the show...I loved Teddy...the whole thing. I think I also feel very attached to it along with the fans."

And she keeps up with some of the cast members from the long-running series, which is still on the air.

"There was such a great feeling on set when I arrived. It was such a magical feeling of 'let's have fun with what we do. Let's have a lot of laughs. And then when the cameras are rolling it's like, 'Let's just go and do it.' Sandra Oh and I had such a special relationship. Not only are you learning another language practically because of the medical [terms] but you're also physically learning another language because I played a cardiothoracic surgeon and I had to be able to do everything with my hands really well," she said. "Everyone was so congenial and warm and amazing. I loved that show. I still keep up with my friends who were there and how it's going. It definitely has a real spot in my heart."