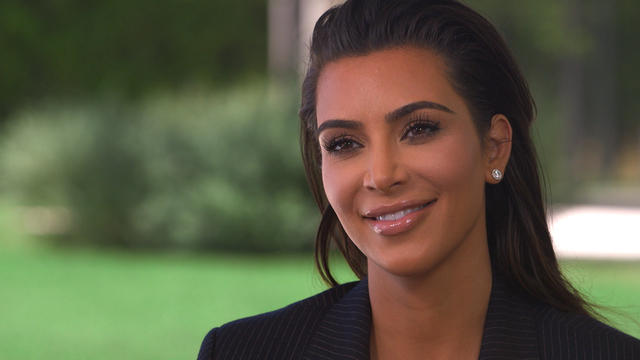 Imagine shooting goofy videos with your friends, posting them online and getting paid six figures. That’s exactly what many twenty-somethings with large social media following are doing. They’re called social media influencers, and they’ve become a new force in advertising. Bill Whitaker reports on this new advertising phenomenon on the next edition of 60 Minutes, Sunday, Oct. 23 at 7:30 p.m. ET and 7 p.m. PT.

Key to this trend is the fact the influencers attract increasingly-hard-to-reach young audiences. Most influencers offer some kind of performance in their videos, usually slapstick humor, singing or dancing, to attract millions of young followers on social platforms like Instagram, Facebook and Snapchat.  Advertisers pay the influencers for momentary placement of their products in these videos. One of the highest paid influencers on social media is Kim Kardashian West, who has made millions of dollars for wearing or using products in pictures and videos, seen by many of her 160 million total online followers.

In an interview conducted before she was robbed in Paris earlier this month, she spoke with Bill Whitaker about how social media made her rich. “I totally attribute my career to social media.”  Asked by Whitaker what talent she has that attracts so many eyeballs online, she said, “It is a talent to have a brand that’s really successful off of getting people to like you for being you,” says Kardashian West.

Many influencers don’t have the fame that Kim Kardashian West has had before social media. One of them is Logan Paul.  He’s made the cover of Adweek for attracting millions of followers to his sophomoric videos -- and for attracting brands that pay him to reach those followers. 60 Minutes followed him one day as he made a funny video at a Dunkin’ Donuts store.  He got almost $200,000 for one day’s work.

Paul says he’s worth every penny advertisers pay him -- and more.  Anyone on the Internet with followings like his, says Paul, is a bargain for advertisers.  “It’s so new, no one really knows what they’re worth.”

Whitaker speaks with Gary Vaynerchuk, who runs a digital media company that connects brands with influencers. Whitaker also talks to other influencers, such as Amanda Cerny, a model-come-comedienne with 20 million followers, Zach King, a “digital magician” with about 25 million and Andrew Bachelor, who has more than 37 million followers, half of whom watch his six second Vine videos.  KingBach, as he is known, is one of the most successful influencers.  “I can retire if I wanted to,” the 28-year-old said.