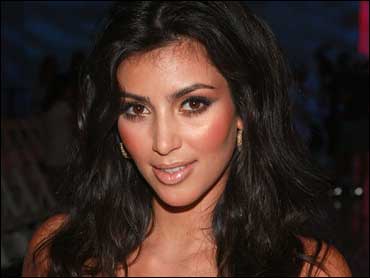 The E! Network announced Wednesday that it will air a "new non-scripted family sitcom" about Kardashian and her alliteratively-named family members, to be produced by Ryan Seacrest Productions and "Simple Life" producers Bunim-Murray Productions.

The series will follow the adventures of Kim; her two sisters, Kourtney, 28, and Khloe, 23; and half-sisters Kendall, 11, and Kylie, 9.

"At the heart of this series, despite the cat fights and endless sarcasm, is a family that truly loves and supports one another," Seacrest said in a statement. "The familiar dynamics of this family make them one Hollywood bunch that is sure to entertain."