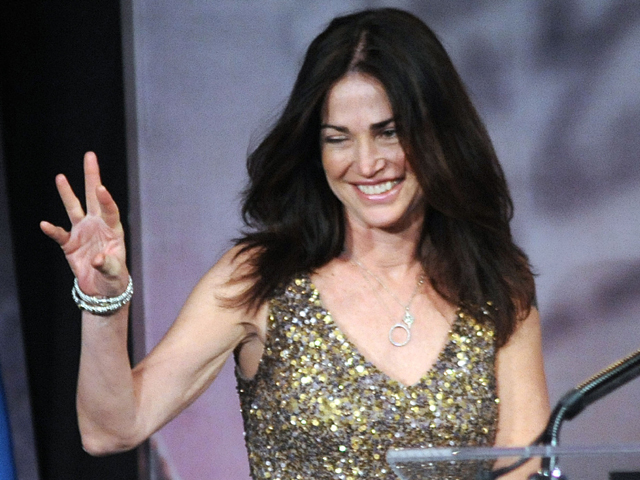 (CBS/AP) PHILADELPHIA - Kim Delaney, star of the television show "Army Wives," had to be escorted from the podium at an event in Philadelphia after delivering a rambling and incoherent speech.

The actress, 49, fidgeted at the podium and talked about having "served in active military duty family for five years."

Delaney then went on to say that she was talking about her role on the Lifetime series.

"It's all make believe. I do that as a job. It's make believe," she said. "I have the luxury to do all of this on a television show."

CBS' Philadelphia station reported that the teleprompter at the event was not working and that Delaney appeared to go off-script, struggling to deliver her speech and leaving long, awkward pauses between sentences.

After several minutes, a video began to play. She was escorted away from the podium to a chair on the side of the stage by a woman who appeared to be a producer.

Her publicist did not immediately respond to a message seeking comment.

The event Thursday at National Constitution Center was in honor of Gates. He received the 2011 Liberty Medal, a civic award, for his long public service career.

Delaney has reportedly battled alcohol addiction in the past. According to People magazine, she was arrested in 2002 on suspicion of drunk driving after refusing a breathalyzer test, and later pleaded no contest. She also reportedly entered rehab twice for alcohol addiction.