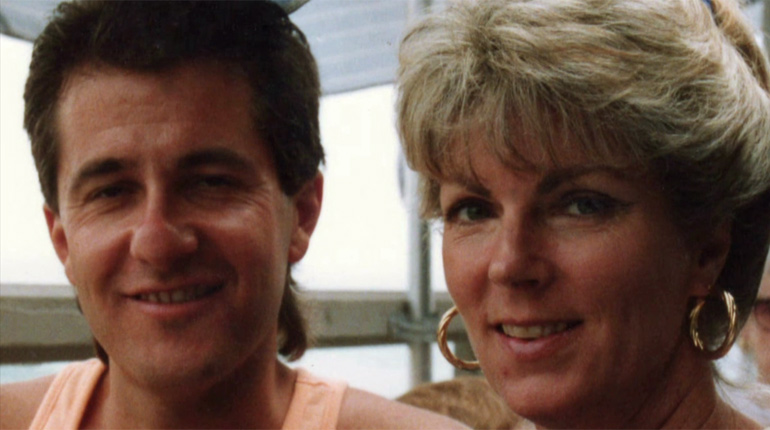 Erin Moriarty is a "48 Hours" correspondent. She investigates the death of Linda Curry in"To Catch a Genius," airing Saturday, Aug. 6 at 10 p.m. ET/PT on CBS.

ORANGE COUNTY, Calif. -- On Nov. 9, 2010, Paul Curry, a building inspector in Salina, Kan., was charged with murdering his wife Linda with a highly unusual weapon: nicotine. It was such an unusual weapon that authorities waited 16 years to bring charges and another four to take him to trial.

While nicotine is a lethal poison and easily obtained, it has rarely been used as a weapon. In fact, one of the country's preeminent experts on nicotine, Dr. Neal Benowitz, says that until he was asked to consult on the Curry case, he had never seen an actual case; he had only read about nicotine being used as a weapon.

One reason is that, until the 19th century, nicotine, a plant alkaloid, was difficult to detect in a dead body. That changed with a high-profile murder case.

In 1850, Comte and Countess de Bocarme' of Belgium, both deeply in debt, decided to murder her younger brother, Gustave Fougnies, who was about to inherit the family money and estate. They were convinced they'd never be caught if they used nicotine to poison his food during an intimate dinner party.

Comte de Bocarme', an amateur chemist who created perfumes, began amassing a large amount of tobacco leaves in the summer of 1850, storing them in a barn. On Nov. 20 of that year, 32-year-old Fougnies was invited by his sister to dinner.

He should have been aware that something was not quite right. His sister, who usually relied on servants to make and serve meals, prepared this dinner herself. When Fougnies dropped dead after the meal, his sister and brother-in-law announced that he had suddenly died of a stroke, but the servants were suspicious. The dead man's face was bruised and appeared to have been burned by a caustic substance. They contacted authorities.

With the large stash of tobacco leaves, investigators suspected that the couple had poisoned the young man with nicotine, but there was no test to prove it. That's when Jean Servais Stas, the country's foremost chemist, decided to create one, known as the Stas-Otto method.

The Comte and his wife were charged with murder. Fougnies' sister, who claimed her husband forced her to kill her brother, was acquitted, but Comte de Bocarme' was executed on July 19, 1851.

Even with a test that could now detect nicotine poisoning, the numbers of reported deaths did not substantially increase. The fact is, nicotine poisoning is not a reliable weapon. Lethal amounts of nicotine need to be ingested, absorbed or injected. And it's not easy to disguise nicotine in food.

If a person did ingest a large amount of nicotine, he would most likely vomit much of it out. A smaller amount of nicotine absorbed over time will cause such obvious symptoms -- abdominal pain, nausea, and sweating -- that the victim is likely to seek treatment.

Take a more recent case: In June, 2010, a Pennsylvania woman, Morgan Marie Mengel, decided to kill her husband Kevin with Snapple laced with nicotine. When that method failed, she and an accomplice decided to use a shovel instead to bludgeon him to death.

The difficulties in using nicotine to kill someone may explain why it took so long for authorities to prosecute Paul Curry in 1994 after his wife died of nicotine poisoning in California.

Curry was definitely a suspect. Linda Curry had been hospitalized twice before her death for mysterious illnesses. Authorities suspected that Curry, a brilliant man who worked at a nuclear power plant, had been experimenting with poisons.

When Linda died, her body not only contained nicotine, but a large amount of a sleeping medication. What's more, what looked like a small injection site was found behind her right ear. Yet, investigators couldn't prove Paul Curry was the one who obtained nicotine or administered it. And Curry denied he had anything to do with her death.

He told a reporter for the Los Angeles Times after Linda's death in 1994 that he didn't believe nicotine was what killed his wife.

But just as in the Belgian investigation from so long ago, it was a scientist who was able to track down the killer. Dr. Neal Benowitz determined that Linda Curry, disabled with sleep medication, died within 20 to 30 minutes after being poisoned with nicotine. There was only one person with her in that time frame and that person was Linda's supposedly loving husband, Paul.

In September 2014, Paul Curry went on trial for poisoning his wife with nicotine.