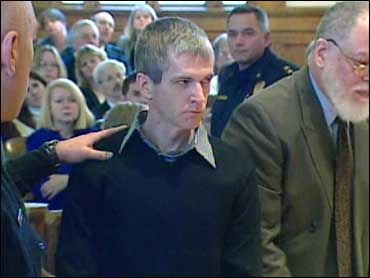 A New Jersey judge is allowing the state's worst serial killer to donate a kidney, as long as he and his doctors meet certain conditions.

The order leaves unresolved when Charles Cullen might undergo an operation to remove one of his kidneys. The kidney would go to the relative of a friend.

Cullen is a former nurse now serving time in prison. He's admitted killing 29 patients in his care at nursing homes and hospitals in Pennsylvania and New Jersey.

The order stipulates that the operation must happen in New Jersey at a hospital certified by the state Department of Corrections.

Also, all operation costs must be paid by the recipient's insurer, and the doctors who perform the operation must receive certification for the operation from the New Jersey medical examiners.

A judge in Pennsylvania added a 12th life prison sentence against a former nurse who killed at least 29 patients in two states.

Cullen was sentenced earlier in the month to 11 consecutive life terms in New Jersey.

Cullen escaped the death penalty after agreeing to help prosecutors identify patients to whom he had given lethal drug overdoses.

He has claimed that he killed 40 patients over a 16-year nursing career and that he did so out of mercy. Many of his victims were old and very sick.

Cullen was arrested in 2003 after a New Jersey hospital told prosecutors about questionable lab results involving patients under his care.