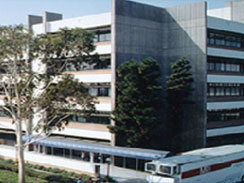 When Edith Isabel Rodriguez showed up in the emergency room of an inner-city hospital complaining of severe stomach pain, the staff was familiar with her.

It was at least her third visit to Los Angeles County's public Martin Luther King Jr.-Harbor Hospital in as many days. "You have already been seen, and there is nothing we can do," a nurse told her.

Minutes later, the 43-year-old mother of three collapsed on the floor screaming in pain and began vomiting blood. Employees ignored her, and soon she was dead.

Now state and federal regulators are threatening to close the hospital or pull its funding unless it can be improved, and Rodriguez has become a symbol of everything wrong with the facility derisively known as "Killer King."

After she collapsed, surveillance cameras show that Rodriguez was left on the floor.

Nurses walked past her. A janitor cleaned up around her. No one did anything until police were called to take her away. They did not get far before she went into cardiac arrest and died.

"This needs to stop," state Health Services Director Sandra Shewry said Thursday as the agency moved to revoke the hospital's license. "We're doing this in response to the egregious incidents that have come to light in the last six weeks."

But it had been plagued by patient deaths blamed on sloppy nursing care, among other things. The county tried over the last few years to correct the problems with a multimillion-dollar rescue effort, disciplining workers, reorganizing management, closing the trauma unit and reducing the number of beds from 200 to 48.

After Rodriguez's death, federal reports showed those efforts were failing and patients were in "immediate jeopardy." Of the 60 cases reviewed between February and June, more than a quarter received substandard care, according to the U.S. Centers for Medicare and Medicaid Services.

In February, a brain tumor patient languished in the emergency room for four days before his family drove him to another hospital for emergency surgery. A pregnant woman who complained of bleeding was given a pregnancy test and left, only to return three days later and have a miscarriage after waiting more than four hours to see a doctor.

The findings have sent county officials scrambling to improve care before a federal inspection due by Aug. 15 that could determine whether the hospital keeps its federal funding. The county might close the facility without that money.

"I'm losing hope," Zev Yaroslavsky, member of the county Board of Supervisors that oversees King-Harbor, told hospital managers earlier this week. "We need to be prepared for the worst-case scenario."

On Friday, the county's Department of Health Services released a contingency plan to deal with closing hospital departments and relocating patients if they must. The plan, which also lays out how the hospital could eventually be reopened if a private partner is found, will be presented to the Board of Supervisors on Tuesday, said Bruce Chernof, director of the department.

Even though hospitals across the United States struggle with too many patients and not enough staff, the scope and severity of King-Harbor's problems are rare.

"Most hospitals in America have long waits, they have crowded ERs," said Dr. Bruce Siegel, former chief of New York City's public hospitals. "But they don't let people die in the waiting room after they call (emergency services). This is a whole new level here."

Rodriguez, who struggled with drug addiction over the years, had visited King-Harbor several times for stomach pain in the days before she died. Each time, she was sent home, in some cases with pain medication, after doctors said she suffered from gallstones.

Early on May 9, she was wheeled into the emergency room by county police officers.

After the nurse again refused to help, Rodriguez slid off her wheelchair and onto her knees in a fetal position, screaming in pain, according to a federal report based in part on surveillance videotape.

Over the next half hour, hospital staff walked past her. Soon, her boyfriend, Jose Prado, who had left for about an hour, returned to the hospital.

"When I came back, I found her lying on the floor with blood coming out of her mouth," Prado said. "She said, 'Honey, help me! Nobody will help me here!"'

He pleaded with medical staff and then a county police sergeant to intervene, but no one did. The he called emergency services.

When the dispatcher refused assistance, he hung up and frantically ran back to Rodriguez.

"I just hugged her. I didn't know what else to do. I couldn't think of anything else," he said.

Eventually, officers arrested her on a parole violation.

Police wheeled her out of the emergency room, then returned minutes later after her heart had stopped. Autopsy results revealed she died of a perforated bowel that probably developed in the previous 24 hours, a condition that is often treatable if caught early enough.

"They took her outside to die like an animal," Prado said.

After her death, a triage nurse was put on leave, resigned and was reported to the state Nursing Board for investigation. Six others — a nurse, two nursing assistants, and three hospital finance workers — were disciplined. Sheriff's detectives, meanwhile, have opened a homicide investigation.

Rodriguez's family said little will ease their grief. They plan to sue and are seeking copies of the video surveillance tapes, which are being held as part of a criminal investigation.

"They took my sister," Sanchez said. "It wasn't time for her to go."