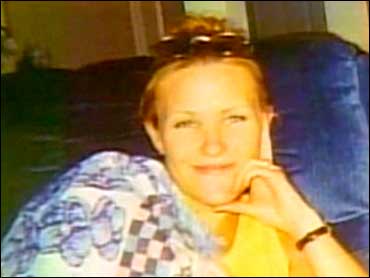 According to domestic violence experts, the most dangerous time for a woman who is being physically abused is when she actually tries to leave the man who is abusing her.

That was the case in North Carolina for a woman who attempted to run from her husband. But as CBS News Correspondent Mark Strassmann reports, it was a friend who was trying to protect her who ended up paying the ultimate price.

Right in her own front yard on Oct. 18, Tracey Helms, the mother of two small children, was bludgeoned for her kindness. Another woman was afraid of her estranged husband. Helms took her in. And one night that husband, Michael Blount, surprised both women and allegedly beat Helms to death with a shovel.

Tracey Helms' murder illustrates one more ominous statistic about domestic violence. When a woman walks out on her abusive husband or boyfriend, at that moment, the danger and threat escalates dramatically.

[The New York Times reports that the Helms murder has become a rallying point for foes of domestic violence nationwide.]

Juley Fulcher of the National Coalition Against Domestic Violence says, "Women after leaving a relationship are at 25 times greater risk of violence than they were when they were still in the relationship."

Damned if they stay, but more terrified to leave.

Heather Thompson says, "There are so many women that are killed every year." She was almost one of them. Looking at a picture of her bruised-covered faces, she says what comes to her mind is, "How fortunate I am to be here."

For hours one night, her first husband punched her, kicked her, beat her with a broom handle and put a loaded gun between her eyes. She says she clearly thought she was going to die.

Thompson says, "He actually handed me a legal pad at one point and said, 'Write a note to the kids. You'll never see them again.'"

She escaped, barely. But every year, hundreds of women do not.

Fulcher says, "It's not our role to convince a woman to leave a relationship. That has to be her choice."

But experts say a victim who does leave needs to go to a women's shelter and not to a place where her abuser can find her, like the home of a relative or a friend.

Thompson notes, "They don't realize sometimes that not only are they in danger, but they're endangering the lives of everybody around them if they don't go to a shelter where it's safe."

Thompson remarried, had two more kids. For her beating and kidnapping, ex-husband Thomas Price Jr. is now serving 25 years in prison. But even behind bars, he stalked her, mailing death threats. And for that, he received another five-year sentence. She still lives in fear.

Thompson says, "There's no doubt in my mind that he's going to try to find me when he gets out."

When he does, once again, she'll wonder where she can ever truly feel safe.

If you, or someone you know, is being abused by a partner, you can get help. Contact the National Coalition Against Domestic Violence. The hotline is 1-800-799-7233. You can also call your local police.