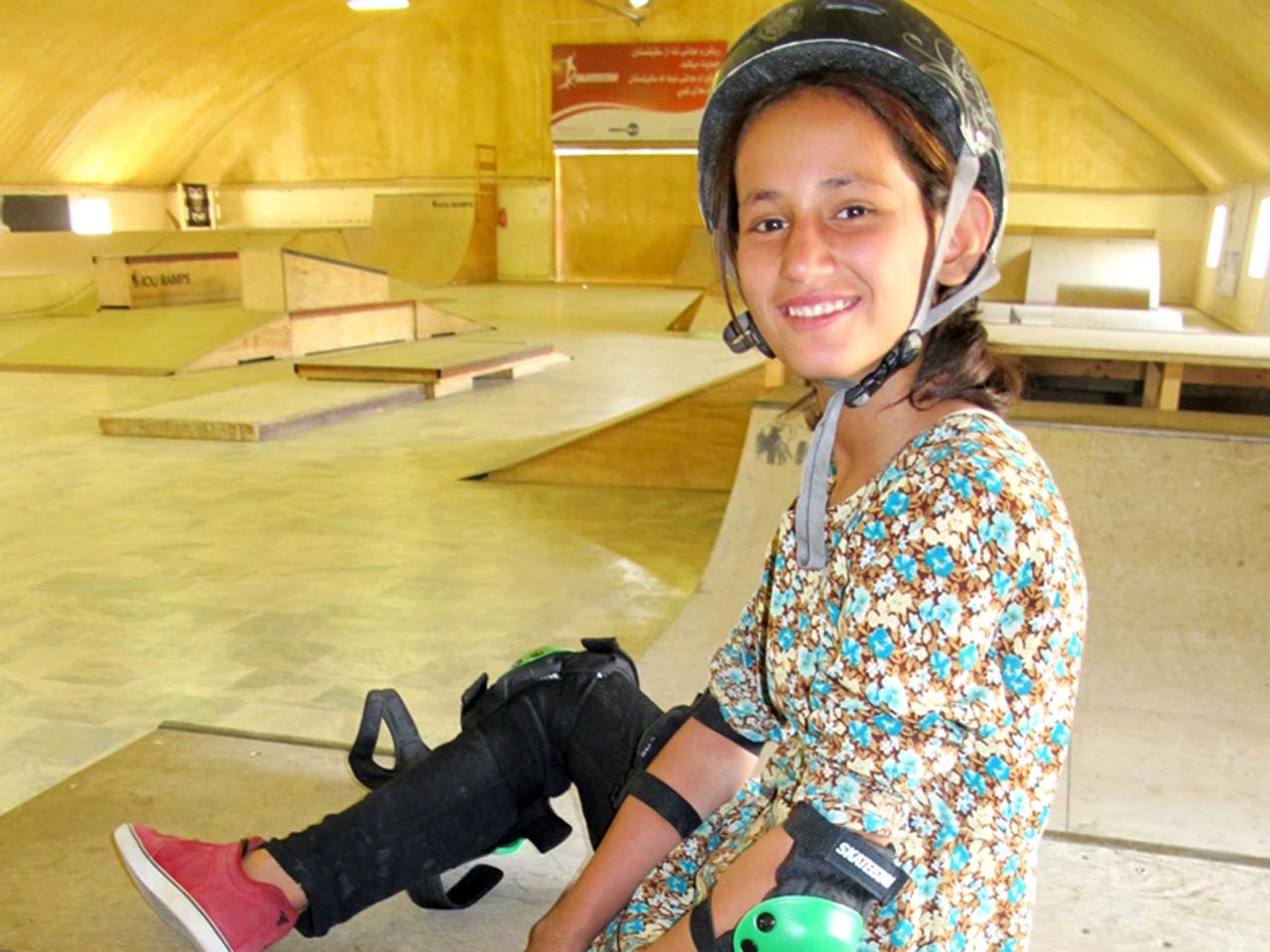 (CBS News) KABUL - On the morning of Sept. 8, a suicide bomber blew himself up outside NATO's main base in the Afghan capital. Six children died in the attack. They were street kids, all well-known to the soldiers and contractors who come and go from the base every day, who often bought small trinkets from them.

These senseless killings shocked the Kabul community - Afghan and international - but it hit the staff of a popular children's skateboarding charity particularly hard. Four of the youngsters killed were students at "Skateistan".

"Stakeistan lost amazing friends, colleagues and students," says Duncan Buck, a spokesman for the charity. "It was a tragic occurrence."

The eldest of the Skakeistan victims was Khorshid, 14, a girl who Duncan describes as, "cheeky, caring and inquisitive. Her personality shone within the crowd - she was someone who made you happy as soon as you saw her on the skateboard."

Khorshid had joined Skateistan two years earlier. Her enthusiasm and skill helped her become a skateboard teacher to less experienced children. "Her skateboarding skills were incredible," says Duncan. "She had amazing courage and was a role model for the other Afghan girls."

Khorshid's eight-year-old sister Parwana was also killed in the blast. She had only recently taken up skateboarding, following in her sister's steps at the charity's center in Kabul.

Nawab, 17, and Mohammed Eeza, 13, both were also amongst the dead. A fifth student, Navib, was badly injured in the bombing but has since been discharged from hospital and is said to be recovering well.

It's thought the children had gathered around the suicide bomber as he headed toward the checkpoint at the entrance to NATO headquarters, perhaps suspicious of his presence there. That curiosity cost them their lives.

Ironically, the suicide bomber was a teenager himself, thought to be around 14-years-old. The Taliban claimed responsibility for the attack. The young bomber was likely chosen because the militants suspected his youth would raise less caution among security staff.

"It's a clear sign that the insurgency is not caring at all about the civilian population," said ISAF Spokesman Brigadier General Gunter Katz, "they're misusing teenagers for their brutal attacks."

During their time at Skateistan these children had already experienced more than they had perhaps ever expected in life. The charity helps around 400 kids, half of whom scrape by selling odds and ends or begging on the streets. It gives them a safe place to hang out, some education, and perhaps most importantly, a chance to have some fun.

Duncan says Skateistan is now trying to support the families of the children who died, taking care of funeral arrangements and giving practical assistance.

These children's deaths have sparked an outpouring of emotion from those who knew them, and they have also helped put a human face on the victims of insurgent attacks - a reminder to all of the real tragedy of Afghanistan's long-running conflict.