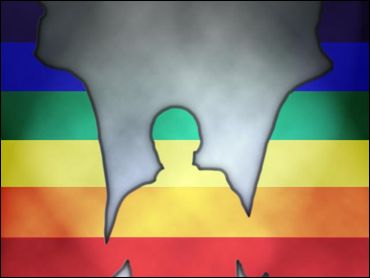 "There are a lot of children with at least one gay or lesbian parent," says Ellen C. Perrin, MD, professor of pediatrics at Tufts University School of Medicine in Boston. She revealed the findings at the American Academy of Pediatrics Conference and Exhibition.

Between one million and six million children in the U.S. are being reared by committed lesbian or gay couples, she says. Children being raised by same-sex parents were either born to a heterosexual couple, adopted, or conceived through artificial insemination.

Studies from 1981 to 1994, including 260 children reared by either heterosexual mothers or same-sex mothers after divorce, found no differences in intelligence, type or prevalence of psychiatric disorders, self-esteem, well-being, peer relationships, couple relationships, or parental stress.

"Some studies showed that single heterosexual parents' children have more difficulties than children who have parents of the same sex," Perrin says. "They did better in discipline, self-esteem, and had less psychosocial difficulties at home and at school."

Another study of 37 children of 27 divorced lesbian mothers and a similar number of children of heterosexual mothers found no differences in behavior, adjustment, gender identity, and peer relationships.

Two other large studies involving more than 100 couples found that same-sex parents also had contact with extended family, had social support, and had a more equitable division of labor in the home.

"Lesbian couples share household responsibilities and chores more equitably," Perrin says. "And, the children of lesbian couples are less aggressive, more nurturing to peers, more tolerant of diversity, and more inclined to play with both boy's and girl's toys.

Children seem to adjust better when there is a more equal division of labor in the home and the parental relationship with the children had a higher rating, she says.

The combined data presented by Perrin showed that children whose parents are lesbian have no more problems than the rest of the children and actually may be more tolerant of differences, she says. There was suggestive evidence that there were more stresses due to the gender of same-sex parents, but the children also reported greater well-being, more nurturing, and a greater tolerance for differences.

What is striking is that there are very consistent findings in these studies," Perrin says.

Ryan Malone, who works in public relations in Washington, D.C., says after his parents were divorced he was reared by two "lesbian moms," while still staying in contact with his father.

"We lived in a small town," he says. "While I was open about my family, I didn't broadcast it."

At times he felt isolated because he didn't know any other families at the time headed by a same-sex couple, Malone says. "My parents over-parented because they felt like the whole world was watching."

While further study should be done, this is important for pediatricians to know so they can learn more about variations in families and give appropriate advice in optimizing the child's development, Perrin says.
Carol Berkowitz, MD, former president of AAP, says this analysis is important in that it combines evidence-based studies.

"This subject evokes a lot of emotions," she says. "Some of the studies on this subject in the past have been weighted and biased, based on nothing more than the researcher's views."

Evidence-based studies are important in helping pediatricians in their practices and creating policy for the future, she says.