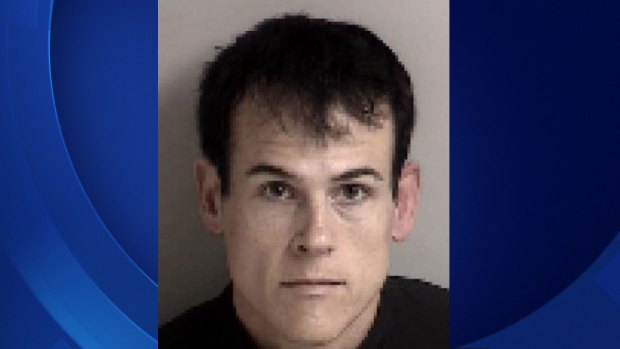 ORANGEVALE, Calif. - FBI agents have arrested a Northern California man in connection with the kidnapping of Denise Huskins, a case police originally believed to be fake, reports CBS Sacramento.

The FBI said in a statement Monday that in the early morning on March 23 in Vallejo, Huskins and her boyfriend, Aaron Quinn, were awakened by a bright light.

Quinn told police he heard a noise similar to a stun gun, and then a man, identified by police as suspect Matthew Muller, allegedly told Huskins and Quinn to lie face down on the bed.

The suspect allegedly ordered Huskins to bind Quinn with zip ties and then made them go into a bedroom closet.

Tape-covered goggles were allegedly put over Quinn's eyes, along with headphones on his ears playing a prerecorded message that said the break-in was being done by a professional group collecting debts and that both victims would receive electric shocks and cuts on their faces if they didn't cooperate.

Quinn said he was placed on the couch and fell asleep. When he woke up he said he was able to free himself.

He found that Huskins, his laptop and his car were missing. Huskins was located two days later.

During that time, police received a ransom demand of $8,500, in exchange for Huskins' safe return. Two days later, she was found near her parents' house in Huntington Beach, Calif.

Authorities originally suspected her disappearance was a hoax. At the time, the Vallejo Police Department said the incident didn't appear to have the hallmarks of a kidnapping.

"There is no evidence to support the claims that this was a stranger abduction, or an abduction at all." Vallejo Police Dept. spokesman Kenny Park wrote in a statement. "Given the facts that have been presented thus far, this event appears to be an orchestrated event and not a kidnapping."

But detectives investigating a June 5 burglary in Dublin, Calif., connected Muller to the crime and later arrested him. On June 25, FBI investigators met with Dublin officers and found similarities in that case to Huskins' kidnapping.

Huskins maintains that other suspects were involved in the incident, according to the FBI.

Muller, a former U.S. Marine, attended Harvard University where he also taught, according to court documents. He was admitted to the California state bar in 2011, and was disbarred in 2015.