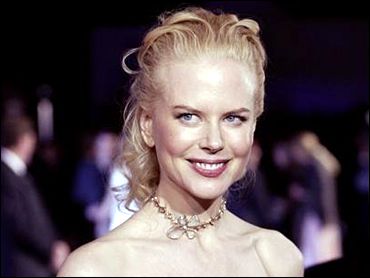 Being a single mother makes it difficult to find a mate, says actress Nicole Kidman.

"I'm hoping to meet someone and be happy with them. But that's not as easy as it sounds. I'm a 37-year-old woman with two children. Men aren't beating a path to my door," she said in an interview published in the latest issue of "Now" magazine Wednesday.

"I don't want to sound like a woman from a lonely hearts club and I don't want to advertise. The children are my priority. I take them around with me — movies or baseball games or local shows — and that's not so appealing for any new man on the scene, is it?" she said.

The Oscar-winning actress has been single since splitting from rocker Lenny Kravitz earlier this year.

She denied rumors that she might get back together with ex-husband Tom Cruise, with whom she split in 2001. The pair share custody of their children Isabella, 11, and nine-year-old Connor.

"That whole part of my life is over and done with. We'll always be in contact because of our children," she said. "But I'm single and there's no-one out there for me at the moment."

Kidman, who recently starred in a remake of "The Stepford Wives," was also keen to dash speculation that she is suffering from an eating disorder. She has looked painfully thin in recent photographs, but said her hairstyle was to blame.

"I've been wearing it up a lot lately and that seems to make my face look smaller and make my body look even thinner," she explained. "When I wear it down ... then my boy-like figure looks a little fuller. That's the only explanation I can come up with."