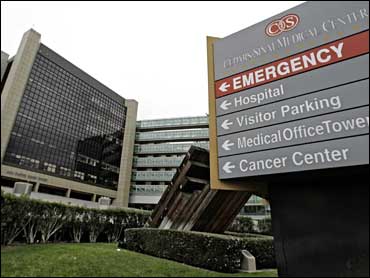 Medicine mix-ups, accidental overdoses and bad drug reactions harm roughly one out of 15 hospitalized children, according to the first scientific test of a new detection method.

"These data and the Dennis Quaid episode are telling us that ... these kinds of errors and experiencing harm as a result of your health care is much more common than people believe. It's very concerning," said Dr. Charles Homer of the National Initiative for Children's Healthcare Quality. His group helped develop the detection tool used in the study.

The new estimate translates to 7.3 percent of hospitalized children, or about 540,000 kids each year, a calculation based on government data.

Simply relying on hospital staffers to report such problems had found less than 4 percent of the problems detected in the new study.

The new monitoring method developed for the study is a list of 15 "triggers" on young patients' charts that suggest possible drug-related harm. It includes use of specific antidotes for drug overdoses, suspicious side effects and certain lab tests.

The researchers said their findings highlight the need for "aggressive, evidence-based prevention strategies to decrease the substantial risk for medication-related harm to our pediatric inpatient population."

The study is being released Monday in the April issue of the journal Pediatrics.

It involved a review of randomly selected medical charts for 960 children treated at 12 freestanding children's hospitals nationwide in 2002. Triggers mentioned in the charts promoted an in-depth review of the patients' care.

Patient safety experts said the problem is likely even bigger than the study suggests because it involved only a review of selected charts. Also, the study didn't include general community hospitals, where most U.S. children requiring hospitalization are treated.

Study author Dr. Paul Sharek said evidence is needed to show whether a big push to prevent medical errors in recent years has put a dent in the problem since 2002, when the data were gathered.

Homer, of the children's healthcare initiative, said some hospitals have started using trigger methods similar to those in the study. But he added, "we still have a long way to go."

Among triggers on the list was use of the drug naloxone, an antidote for an overdose of morphine and related painkillers. Symptoms include breathing difficulty and very low blood pressure.

More than half the problems the study found were related to these powerful painkillers, including overdoses and allergic reactions.

While 22 percent of the problems were considered preventable, most were relatively mild. None were fatal or caused permanent damage, but some "did have the potential to cause some significant harm," said Sharek, who is medical director of quality at Stanford University's Lucile Packard Children's Hospital.

(CBS)
. Quaid's twins got accidental life-threatening heparin overdoses in a Los Angeles hospital shortly after they were born last November. The actor and his wife, Kimberly, have since formed a foundation to prevent medical errors. The babies recovered and Quaid said in an interview with The Associated Press on Saturday that "they appear to be normal kids, very happy and healthy."

Quaid praised the new study for raising awareness about an under-recognized problem, and said he'd never envisioned having to play the role of public health advocate before the harrowing experience. He called it "the most frightening time" of his life.

"Every time a caregiver comes into the room, I would check and ask the nurse what they're giving them and why," Quaid said.

Allen Vaida of the Institute for Safe Medication Practices said trigger methods like those used in the study can help. Still, a more comprehensive approach is needed, he said, to detect the most serious, least common errors like those involving the Quaids.

Voluntary reporting by hospital staffers is still needed, along with methods to detect errors in time to prevent or lessen any harm to patients, Vaida said.