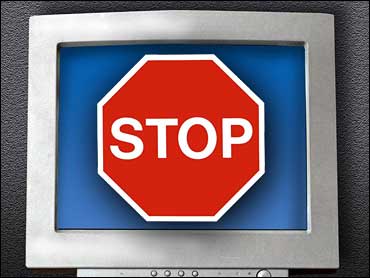 If you believe its sponsors, a new Illinois law will keep sex offenders from recruiting children on the Internet.

"If the predator is supposed to be a registered sex offender, they should keep their Internet distance as well as their physical distance," said sponsor Bill Brady, a Republican state senator, according to the Chicago Tribune. "The object is to protect innocent individuals on the Internet from sex offenders."

If that were its effect, this would be a laudable piece of legislation. But in reality, the state law is written so broadly it would effectively prohibit registered sex offenders from using the Internet.

It says "social networking websites" are off-limits, and defines those as "an Internet website containing profile web pages of the members of the website that include the names or nicknames of such members," or photographs, or any other personal information. Offenders must "refrain from accessing or using" such Web sites.

Unfortunately, the Illinois state legislature didn't seem to recognize that many popular Web sites -- perhaps even the majority of the large ones -- fall into those categories.

Sites like Hulu.com, Netflix, and Pandora do too, as do TV.com, MP3.com, and CNET.com. This overly broad scope makes the law vulnerable to a First Amendment challenge. (Those last three are our sister sites and are owned by CBSNews.com publisher CBS Interactive.)

(It is surely coincidence that Bill Brady is a candidate for governor of Illinois, whose campaign biography says: "He fought for and passed legislation to protect children from sexual predators.")

Now, perhaps Brady's intent truly was to ban sex offenders from the Internet, although if that's true you wouldn't know it from the former developer and realtor's public statements on the topic. Nor was it probably apparent to his colleagues in the state capitol, where the legislation was unanimously approved by both chambers -- or to Gov. Pat Quinn, who signed it into law this week.

Like it or not, using Google, Yahoo, TV.com, and so on is part of modern life, and it's reasonable to hope that even sex offenders could be reintegrated into society rather than cordoned off from it and therefore more likely to relapse. One Justice Department release says that 5.3 percent of male sex offenders were rearrested within three years after their release from state prison.

Brady's legislation also does not distinguish between violent criminals who have served prison time for rape -- and adults who are registered sex offenders because of youthful hijinks.

The Economist published two stories on this topic last week. One, called "America's Unjust Sex Laws," says: "Janet Allison was found guilty of being 'party to the crime of child molestation' because she let her 15-year-old daughter have sex with a boyfriend. The young couple later married. But Ms. Allison will spend the rest of her life publicly branded as a sex offender."

A second article tells the story of Wendy Whitaker, a 17-year-old high school student in Georgia, who preformed oral sex on a boy in her class. "Her classmate was three weeks shy of his 16th birthday. That made Ms. Whitaker a criminal. She was arrested and charged with sodomy, which in Georgia can refer to oral sex. She met her court-appointed lawyer five minutes before the hearing. He told her to plead guilty. She did not really understand what was going on, so she did as she was told," the magazine reported.

No wonder that a Human Rights Watch report recommends a rethinking of U.S. laws in this area.

It would be one thing if Illinois' new law said "sex offenders shall not use the Internet to harm or seduce a minor," or language to that effect. Unfortunately, the man who would be governor of that state seems to be more interested in taking credit for enacting a law rather than ensuring the right law is enacted.

Declan McCullagh is a correspondent for CBSNews.com. He can be reached at declan@cbsnews.com.