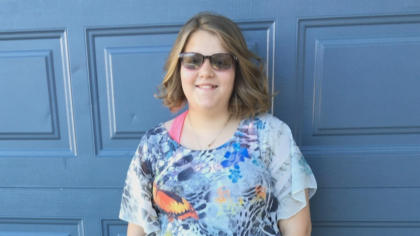 THORNTON, Colo. -- A 15-year-old boy has been arrested on suspicion of first-degree murder in the death of a 10-year-old Colorado girl.

Kiaya Campbell was reported missing in Thornton on Wednesday. Her body was found Thursday afternoon about 1.5 miles from her father's house. Investigators said her body had signs of severe trauma, and a local coroner tells CBS Denver the death was not accidental.

More information on her cause of death hasn't been released.

Kiaya had last been seen with the 15-year-old son of her father's girlfriend walking to a shopping center. Police would not confirm if the boy arrested Saturday night was the same one who reported he and the girl had gotten separated during a thunderstorm on Wednesday.

Thornton Police spokesman Victor Avila says the investigation continues. He says because the boy is a juvenile, his name will not be released.

Police are investigating whether the girl was sexually assaulted before she was killed, reports CBS Denver.