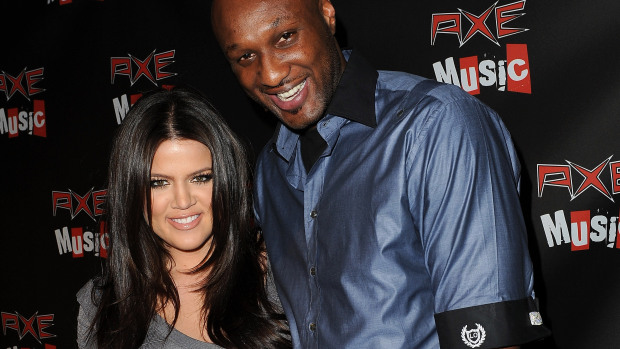 Khloe Kardashian and the owner of the Love Ranch are sparring over the media frenzy surrounding Lamar Odom, who is hospitalized after being found unconscious at the Nevada brothel earlier this week.

Both sides say Kardashian's reps reached out to brothel owner Dennis Hof on Wednesday, asking him not to speak to the press.

Hof says he's troubled by the lack of communication from Kardashian. He says he angrily dismissed their request that she do interviews instead of him.

"I know what happened," Hof said. "I'm the one protecting my business and telling the truth about it."

Odom remains hospitalized in Las Vegas after being found unconscious Tuesday at the Crystal, Nevada, brothel.

The Kardashian family members, who traveled to Vegas to be with Odom, have expressed their love and support and are asking for prayers. On Thursday, Kourtney Kardashian tweeted: "Believing in the power of prayer for this beautiful soul."

Kardashian, 31, and Odom, 35, married in 2009 after a month-long whirlwind romance. They split up in 2013. Although the former couple signed off divorce documents in July, a judge hasn't finalized the divorce.

Anne Heche's family hopes to donate her organs after crash left her on life support
More
Thanks for reading CBS NEWS.
Create your free account or log in
for more features.
View CBS News In
CBS News App Open
Chrome Safari Continue
Be the first to know
Get browser notifications for breaking news, live events, and exclusive reporting.