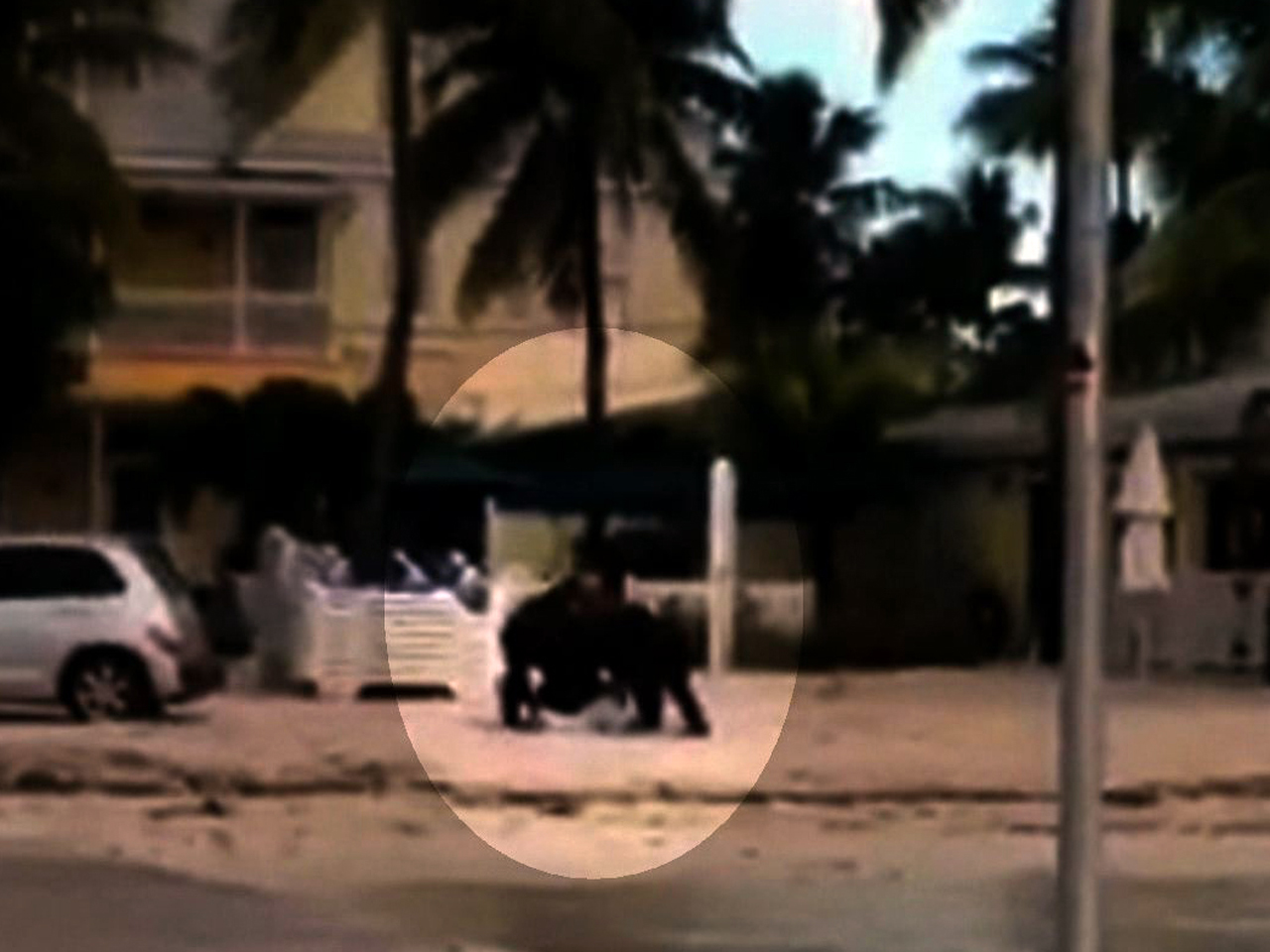 Florida authorities are investigating the death of a man in Key West after he was arrested by police.

The Michigan retiree moved to the island paradise for sun and sand, but that came to a sudden end after a routine traffic stop.

Key West is known for its relaxed, worry-free manner, but one family is raising concerns about city police after conflicting reports of Charles Eimers' death.

At the southern tip of Florida lies an island paradise, best known for its beaches, bars and laid-back lifestyle. It was a dream retirement for Eimers, 61, after more than 20 years as an autoworker, CBS News' Elaine Quijano reports.

Treavor Eimers, Charles Eimers' son, said, "He wanted to come south to warmer weather and walk on the beach."

It was a dream that proved deadly after a Thanksgiving Day encounter with Key West police.

Treavor Eimers said, "He was murdered by those officers."

Asked if he believes there was a cover-up, Treavor Eimers said, "In the aftermath, yeah, definitely."

Eimers had just arrived from Michigan when Key West police pulled him over in front of a Pizza Hut for reckless driving. According to police, he fled the scene and several officers followed him to a beach.

Though Eimers had previous run-ins the with the law, including arrests for domestic abuse and theft back in the '90s, Treavor Eimers can't understand how a routine traffic stop led to his father's death.

Official documents obtained by CBS News offer differing accounts of Eimers' encounter with police and what happened next. In the police report, Eimers was charged with resisting an officer "with violence."

But officers on the scene told paramedics a different story. An EMS report indicates Key West police told paramedics that Eimers left his vehicle and ran, then collapsed on the beach. He never regained consciousness.

Hospital records say that Eimers "was found without a pulse by police" and later died at the hospital from lack of oxygen to the brain.

But a cell phone video - shot by a bystander and released nearly two weeks after the arrest - shows none of those versions are accurate. Eimers can be seen walking away from his car and surrendering before police approach with guns drawn.

Treavor Eimers said, "I watched the video, and I had no words. Everything that I was told while I was here was a lie."

Key West Police Chief Donald Lee Jr. said, "We need to investigate. We need to get the facts and then, you know, deal with those facts, whatever they may be."

There are other indications that Key West police did not follow proper procedures after taking Eimers into custody.

Even though police and the hospital had Eimers' information - his address and driver's license were listed on their reports - his family was not notified until four days after Eimers was transported unconscious from the beach to the hospital and put on life support.

A detective present during the incident had been tasked with notifying the family, but he did not. When his supervisors asked why, he said it was because Eimers hadn't died yet.

Asked what he thought would happen next, Treavor Eimers said, "I didn't even wonder or ask questions about an autopsy. I just believed that that was going to happen."

Under Florida law, an autopsy is required on anyone who dies in police custody. But Eimers almost didn't get one. Instead of being sent to the medical examiner's office, his body ended up at a funeral home and was almost cremated.

"Law enforcement would notify, usually, probably the medical examiner," he said. "But, again, without knowing exactly what happened, I'd hate to speculate."

When an autopsy was finally performed, initial results showed Eimers had 10 fractured ribs and bruises and abrasions on his wrists from handcuffs.

Eimers' family said the hospital and the medical examiner both told them that there were no signs of a heart attack.

Treavor Eimers said, "I believe that my father was asphyxiated on the beach in Key West by the officers involved that day."

Five days after the incident, several officers submitted supplemental reports emphasizing that Eimers resisted arrest - so much that one "officer's finger got caught in the handcuffs" during the struggle.

Treavor Eimers said, "We miss our dad; we miss him a lot. My dad may not be able to say anything now, but he's speaking loud and clear."

The Florida Department of Law Enforcement (FDLE) has opened an investigation into the case, but the family is raising concerns about a possible conflict of interest, Quijano reports. The state's lead investigator used to be married to the supervisor of the officers involved. All of those officers are still on active duty.

In response to this report, Key West police issued the following statement:

The department cannot comment on an open investigation. Until FDLE completes its investigation regarding the December 2013 death of Charles Eimers, the Key West Police Department will continue to refrain from speculation.

Once the FDLE makes its criminal findings, the Key West Police Department will then conduct an internal affairs investigation to ensure that the officers involved conducted themselves within the policies of the department.

The department is anxious to see this investigation completed so that we can provide answers to the Eimers family and to the community.

Pending completion of the FDLE investigation, the Eimers family is waiting for answers, unable to even collect life insurance until the official report is released. Eimers' children hired attorneys who have filed a lawsuit against the Key West Police Department and the officers involved, but those attorneys are still seeking access to dashboard camera videos from police and the witnesses who were at a nearby restaurant that Thanksgiving Day.

Lead attorney and Key West native Darren Horan, with the law firm Horan, Wallace and Higgins, told CBS News he understands why some witnesses might be afraid to come forward.

"At first, we were hesitant to take the case," said Horan. "We're a small island, a small bubble. It's one of those things where there's always a fear of what could possibly happen if you get involved. There were a few days of discussion and realized if anyone was going to do it, it had to be us."

"I would say that if you were there or you have video or you had any personal contact with that situation on the beach that day," said Treavor Eimers, "please come forward and make a difference for my father, for his children, for his brothers and sisters, for every life he ever touched."