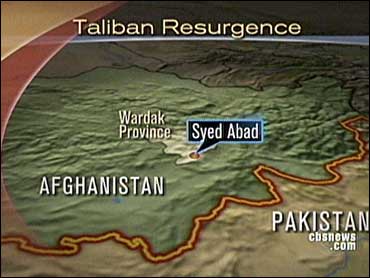 A key anti-Taliban tribal leader was assassinated Friday in a roadside bombing, the latest in a series of attacks against pro-government militias in the Afghan border area of northwestern Pakistan.

Elsewhere, authorities found the bullet-riddled body of another tribal elder who was seized from his home late Thursday in an attack that also left his son dead.

Violence has increased in Bajur and other northwestern tribal regions since the army launched an offensive in South Waziristan in mid-October. Fifteen Taliban fighters were killed in operations over the past 24 hours in South Waziristan, a military statement said Friday.

The famed Khyber region is the main route for ferrying supplies to U.S. and NATO forces in Afghanistan. It has been the focus of several past operations but the militants often resurface with fresh attacks against supply convoys and Pakistani security forces.

The statement also said troops besieged Chapri Feroz Khel, a border area between Khyber and Orakzai tribal regions that was a stronghold of Pakistani Taliban chief Hakimullah Mehsud. Mehsud openly operated in the area before he went underground after assuming command of the militants, and analysts believe he may still be hiding there.

Tribal elder Shahfur Khan was returning to his home in Badan village to receive guests after prayers marking the start of Eid al-Adha, or Muslim feast of sacrifice, when the roadside bomb exploded, killing him and wounding three other people, according to local officials Jamil Khan and Abdul Malik.

Khan emerged as a militia leader in the Mamund area of the Bajur tribal region after his predecessor was killed with at least 14 other people in a suicide bombing last year. Bajur has seen continued violence despite a military offensive that was declared a success last year.

Some people in the semiautonomous tribal regions began celebrating Eid a day ahead of the official start of festivities in Pakistan.

Authorities found the father's body Friday near his home in Wali Kor village, the official said.

Tribal elders have traditionally had massive influence in northwestern Pakistan but have increasingly been targeted by al Qaeda and Taliban fighters as they joined forces with the government.

The government has supplemented its military campaigns by helping tribal leaders and supporting local militias to battle the Taliban.

The militias, known as lashkars, have drawn comparisons with government-backed groups in Iraq known as Awakening Councils, which have been credited with beating back the insurgency there. But the lashkars are less organized and the tribesman use their own, often aging, weapons.