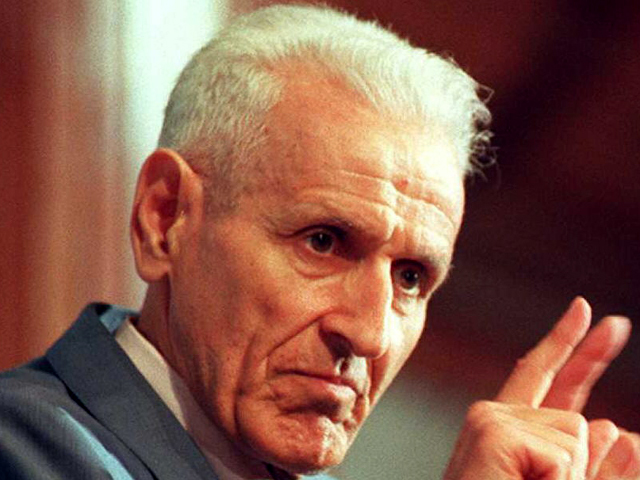 The death early Friday morning of Jack Kevorkian, the man stripped of his medical license in his pursuit of legalizing physician-assisted suicide, shined the spotlight once again on the ways he attracted attention, some of which were broadcast on CBS' "60 Minutes."

After serving eight-and-a-half years in a Michigan prison for ending the life of a terminally ill man, Kevorkian sat down with "60 Minutes" correspondent Mike Wallace in 2007. Kevorkian gave CBS in 1998 a videotape of him ending the life of Tom Youk, a man suffering from Lou Gehrig's disease.

Kevorkian wanted to force prosecutors to charge him because he believed that by winning in court he could make euthanasia legal -- that is, death by doctor at the request of a terminally ill patient, Wallace reported in 2007. But Kevorkian didn't get the verdict he had expected.

After Wallace picked Kevorkian up from prison, the man called "Dr. Death" said being incarcerated didn't change his mind about helping Youk die.

"Why would I regret that?" Kevorkian asked Wallace. "That's like asking a veterinarian, 'Do you regret helping that person's animal?'

"It was a man whose life didn't measure up anymore," said Kevorkian. "You know, David Hume said it, 'No man ever threw away a life while it was worth keeping.'"

Kevorkian provided to "60 Minutes" the video of him ending Youk's life, which was used at Kevorkian's trial. Please note that the video might offend some viewers.

Wallace interviewed Kevorkian in 2007 after his release from prison.

In 2008, months after being released from prison, Kevorkian launched a campaign for Congress.

When Kevorkian was released from prison, he didn't say much, but he made sure reporters waiting for him on the outside knew he had a big smile on his face.

Days after being released from prison, Kevorkian told reporters he hadn't changed his opinion that death is a natural right that U.S. courts withhold from American citizens.