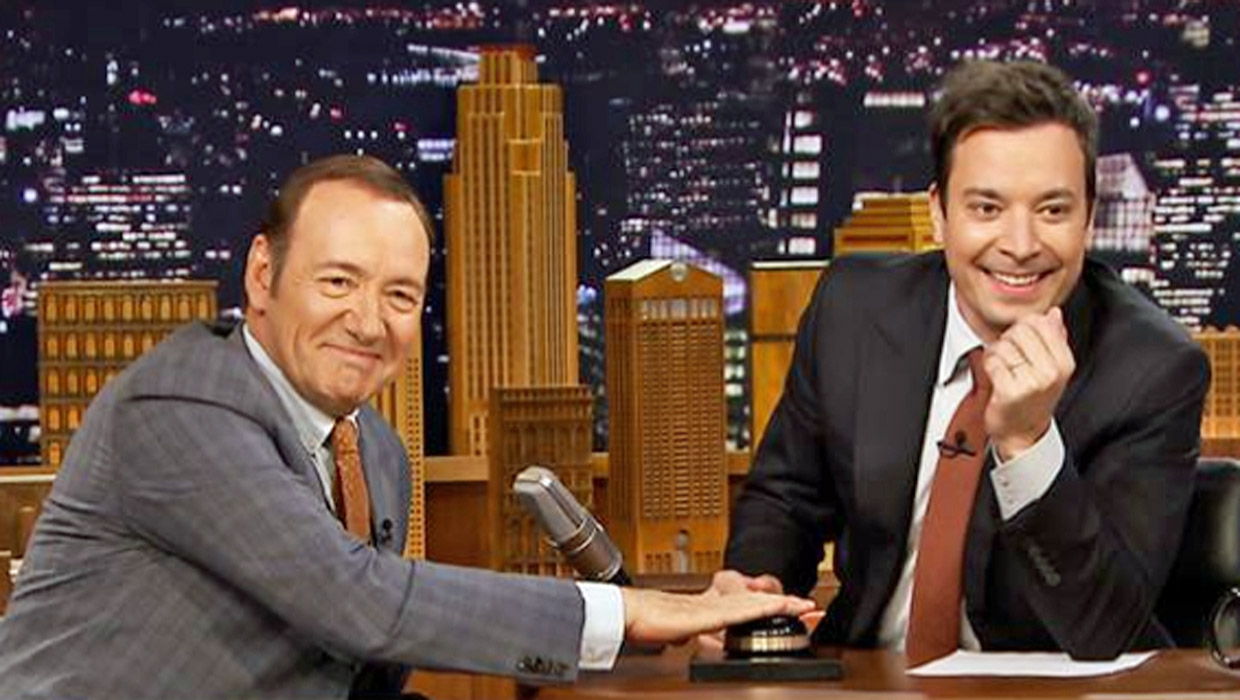 It certainly isn't game over just yet for Kevin Spacey.

In addition to his ongoing role as ruthless politician Frank Underwood on Netflix's "House of Cards," Spacey has also been keeping busy with the upcoming "Horrible Bosses 2" (due out Nov. 26) -- not to mention another role in a very unorthodox project, especially for a Hollywood A-lister.

The 55-year-old actor recently lent his voice to the action-heavy "Call of Duty: Advanced Warfare," the fourth installment in the popular video game series. Many established actors, especially those of Spacey's stature, would likely balk at being offered a role in a video game, but the "American Beauty" star says he was happy to be involved in the project.

"It was an incredible experience to do it," Spacey said during a guest appearance Friday on the "Tonight Show Starring Jimmy Fallon."

Despite the low-brow perceptions some may have of the video game medium, Spacey and the rest of the "Advanced Warfare" team have been earning rave reviews for their work.

Spacey plays antagonist Jonathan Irons -- the leader of a private military corporation who goes on a seemingly-unstoppable quest for vengeance following the death of his son.

During their chat, Spacey also told Fallon that he was particularly impressed by the accuracy of the video game's life-like animation, especially when it came to his character.

"Now, the technology is so incredible that you look at it and it's like 'me,' only the way they did it was unlike any experience I've ever had," Spacey said.

In May, Spacey shared a photo on his Twitter account from the "Call of Duty" set, where he can be seen donning motion-controlled devices which kept track of his movements for the animation process:

"Call of Duty: Advanced Warfare" is now available for purchase in stores and online.

Tell us: What do you think of the "Call of Duty" animation?