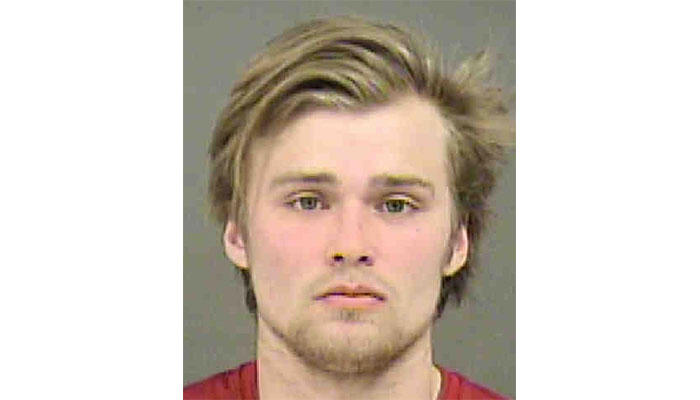 The Charlotte Observer reports the 22-year-old Olsen was booked into the Charlotte Mecklenburg Jail late Sunday afternoon on multiple charges, including second-degree forcible rape, cyberstalking and assault on a female.

Charlotte coach Brad Lambert says he’s aware of Olsen’s arrest and the junior has been suspended from the team. In a statement, the university says it’s “reviewing the case consistent with its disciplinary procedures.”

CBS affiliate WBTV reports that Olsen began his college football career at the University of Miami but left after multiple suspensions. CBS Sports reported Olsen was also dismissed from Towson University in Maryland after violating team rules. He transferred to Riverside City College in California, then came to Charlotte.

Greg Olsen, who is 10 years older than Kevin, declined to comment on his brother’s latest legal issue when the Charlotte Observer reached out to the Panthers.