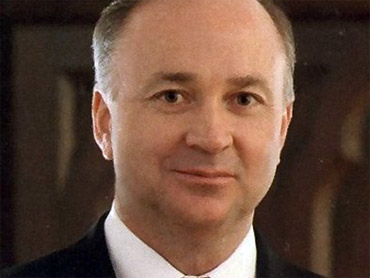 A late-night confession by Utah's House majority leader about sitting nude in a hot tub with a minor 25 years ago has shocked this conservative state's political establishment but has not prompted calls from party leaders for him to resign.

Rep. Kevin Garn, 55, acknowledged the indiscretion late Thursday immediately after the Legislature adjourned for the session. He said he paid the woman, Cheryl Maher, now 40, $150,000 to keep quiet about the episode when he unsuccessfully ran for Congress in 2002.

"Although we did not have any sexual contact, it was still clearly inappropriate - and it was my fault," said Garn, of Layton.

Garn owns KSG Distributing Inc., which sells books on tape, CDs, DVDs and VHS tapes to retailers such as truck stops, grocery stores and convenience stores. Maher worked in his warehouse at the time.

Scandals of this nature are rare in Utah politics, where there's a heavy Mormon influence, so the fallout Friday was pronounced.

"If you have those kinds of incidents in your background, I think you'd be less inclined to want to run for public office, in part, because of the risk of exposure and what that would do to your career," said University of Utah political scientist Matthew Burbank. "For the most part, it would end your career. There's a fairly strong moral sense in Utah."

Garn said Friday that he wouldn't resign, but it wasn't clear whether he would seek re-election this year.

"Anytime you are involved with an underage girl, that really raises the ante quite a bit. There's just a taboo there - big time," said Garn's Republican colleague, Rep. Mike Noel. "It's shocking to me. It puts a damper on the whole session. When that happened, I just put my head down and put my hands over my eyes and said 'Man oh Man,' it's like watching a man break down."

Garn said Friday that reliving the decades-old episode and trying to absorb the massive amount of public scrutiny has been painful.

The story unfolded because Maher, who now lives in Derry, N.H., began calling Salt Lake City news media in recent days to tell them about being naked with Garn when she was 15 years old. Maher said Thursday night he was 28 at the time but Friday said he couldn't really remember.

Garn said Maher's statements violated a confidentiality agreement they had but he's tired of living in fear.

"This is something I should have done back in 2002. But I was scared. I did not want to be publicly judged by one of my life's worst decisions," said Garn, who was married at the time.

Garn said he felt like the payment amounted to extortion but he doesn't plan to press charges.

Maher said in an e-mail and text message to The Associated Press Friday that she was not taking phone calls - and questions about whether there was any sexual contact were inappropriate.

"I will NOT go into detail," she wrote in a text message.

"I have done things I am not proud of in my past and this is complete freedom for me. I can now move on to my new adventures," Maher wrote earlier Friday in an e-mail.

Garn's confession was the second blow to Republican leadership in the state since January, when GOP Senate Majority Leader Sheldon Killpack was arrested for driving under the influence. He resigned a few days later.

In recent years, Republicans have also been accused of bribery.

A major focal point of this session was to pass ethics reform that would restore the public's faith in the Legislature.

As majority leader, Garn helped shepherd much of the ethics legislation. While in office, he has avoided sponsoring many morality bills but did co-sponsor a bill in 2009 that made it illegal for teens to send nude pictures of themselves to others.

"I've always known Kevin to be a very bright and very good person. It's just one of those things I wouldn't have expected, but let's not forget this was 25 years ago. It's not like it happened the last week in the legislative session, but that does not mitigate it," Hansen said.

Davis County GOP chairwoman Shirley Bouwhuis, a longtime personal friend of Garn's, said it's too early to comment about Garn's behavior because she doesn't know the legal ramifications.

"The Republican Party always supports the law and wants people to obey it, and until I know different, that there's been (something illegal) I am supportive of what Kevin chooses to do."

Chris Crowder, a music pastor, said he would seek the GOP nomination for Garn's seat, but that he had been considering a challenge for months.