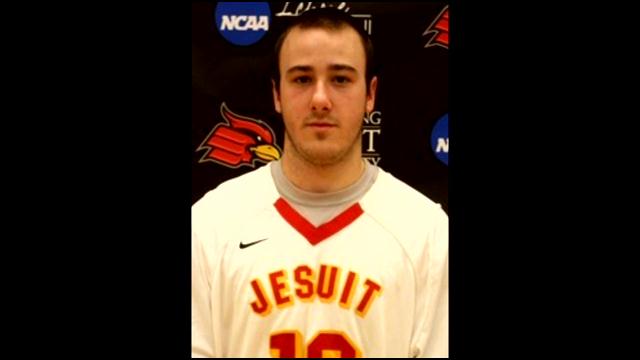 (CBS) WHEELING, W.Va. - Two men have been arrested and charged with murder in the beating death of a West Virginia college student from Pennsylvania, CBS affiliate WTRF reports.

Authorities in West Virginia arrested Jarrett Chander, 24, of Louisiana, and Craig Peacock, 22, of Florida, in connection with the death of 21-year-old Kevin Figaniak.

Police say Figaniak and a friend were walking toward Wheeling Jesuit University campus when they were attacked at about 1:45 a.m. Saturday.

Police Chief Shawn Shwertfeger said the friend of Figaniak told investigators that Figaniak had exchanged "unpleasantries" with one or more people prior to the attack, the Wheeling News-Register reports.

Figaniak was initially taken to Wheeling Hospital but was later transported to University of Pittsburgh Medical Center Presbyterian where he was treated for severe head trauma, CBS Philly reports.

According to WTRF, the suspects were arrested at a campsite frequented by oil and gas workers in the area. Both men are being held at the Northern Regional Jail on $1 million bond, cash only. According to Wheeling Police, the investigation is still active and additional charges could be filed in the near future.

Figaniak was a senior at Wheeling Jesuit University and was scheduled to graduate next spring.