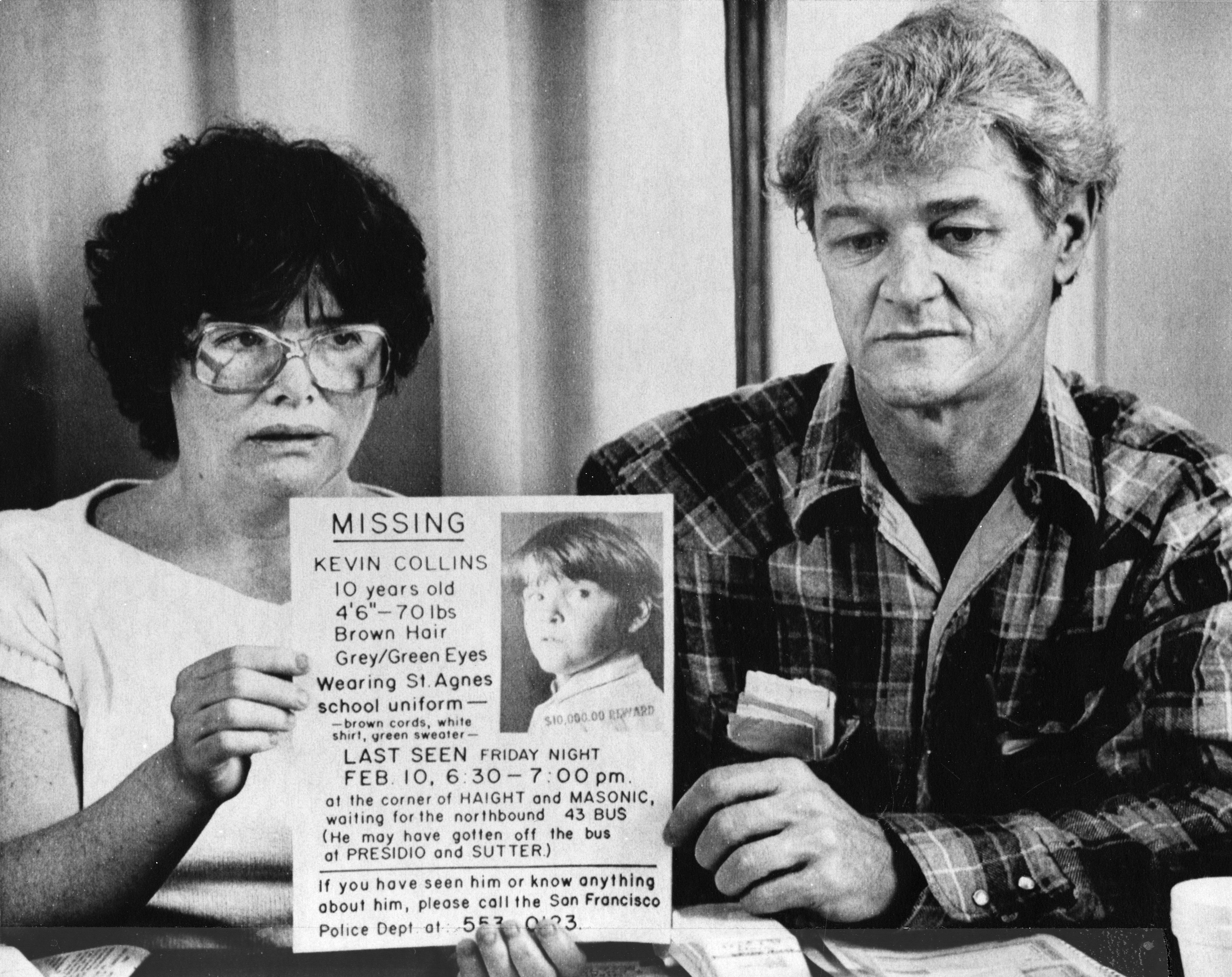 (AP) SAN FRANCISCO - Police searched a home in San Francisco on Tuesday in connection with the high-profile disappearance of a 10-year-old boy nearly 30 years ago.

San Francisco police said in a statement that the examination of the backyard and garage of the house near the city's Haight-Ashbury district was a "follow up to the cold case investigation" into Kevin Collins' disappearance. They said the current residents aren't suspects.

A law enforcement official said a "person of interest" in Kevin's disappearance lived in the house at the time. That person has since died.

The official spoke on condition of anonymity because the search warrant used to inspect the property was sealed.

During the search, cadaver dogs indicated the presence of remains under the concrete in the garage. Police said a preliminary review of the remains showed them to be animal bones, but the San Francisco medical examiner's office was conducting further tests.

Police didn't disclose what prompted investigators to seek a search warrant and renew the probe into the case. The FBI and the Alameda County sheriff's department contributed to the search Tuesday.

Renewed interest in the case, which included a memorable milk carton image of the freckled-faced Kevin, put his mother on an emotional roller coaster, especially when the remains turned out to be animal bones.

"Mostly I'm just numb," Ann Collins, 72, said. "To see them digging in a building so close to where he disappeared was shocking."

Collins and her husband divorced, and she moved to the San Francisco suburb of Concord after an intensive search for her son.

"It would be nice to have closure," she said. "But then a part of me, you know, doesn't want to find him like that."

Kevin was last seen waiting for a bus in the neighborhood after basketball practice at St. Agnes School in Haight. Following his disappearance, a local search that included the plastering of his photograph on posters throughout the city blossomed into one of the first child disappearances to garner national attention. His photograph was on the cover of Newsweek in 1984.