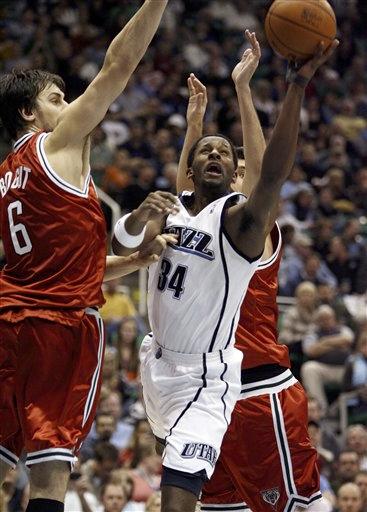 It is unclear if pressure from the Boston archbishop will prevent Sen. John Kerry from taking communion this Easter Sunday in his home city because of the Democratic nominee's support for abortion.

Amid questions of how Catholic leadership will respond to the pro-choice senator, Kerry's archbishop -- Boston's own Sean O'Malley -- has refused to clarify a statement last summer that pro-choice Catholics are in a state of grave sin and cannot take communion properly.

Adding to the fray in February, St. Louis Archbishop Raymond Burke forbade Kerry from taking communion while campaigning in the area due to Kerry's stance on abortion and possibly stem cell research.

The two archbishops' admonishments shed light on the challenges faced by the liberal senator, as he tries to woo Catholics, which represent 27 percent of registered voters.

The denial of communion to a Catholic eminent politician would be unprecedented. Experts cite such action as forbidden by Catholic canon law, except in extreme cases that do not apply to Kerry. Communion is a central tenant of Catholicism, meant to recognize Jesus' last supper.

The modern Catholic Church has never supported a litmus test to serve as the determinant for Catholic voter support in the United States. The conflict surrounds the fact that central issues to the religion do not fall along political party lines. If abortion were part of such a litmus test, so must other issues of equivalent substance to the Church, like its vehement opposition to capital punishment.

The two presidential candidates illustrate the contradiction. President Bush is against abortion, although he has said that he believes America is not yet ready to reverse Roe vs. Wade. Yet he is also a staunch supporter of capital punishment. Indeed, when Mr. Bush was governor of Texas, the Lone Star State had the highest amount of executions in the country.

Kerry opposes capital punishment, calling it an imperfect system -- citing the more than 100 death row inmates proven innocent. Yet he is also a supporter of abortion, recently voting against a bill that made it a crime to harm a fetus. President Bush is not a Catholic. Sen. Kerry is, as is his wife Teresa Heinz Kerry.

"The position of the Catholic Church all along is that there is no single issue that should have you vote on a candidate," explained David Hollenbach, a Jesuit scholar of social ethics and theories of justice at Boston College.

"It is very difficult to say there can be one issue that is the determining issue," Hollenbach continued, adding: "The bishops' statements repeatedly issued in election years are that the full array of issues with moral significance have to be considered, not one."

There are 65 million Catholics in America. It is the largest religious voting bloc in the country, since Protestants divide among many sects and those sects fall in vastly different regions and social cultures.

John F. Kennedy was the first Catholic president and has long served as Kerry's political idol (they share the same initials). Since Kennedy, Democrats have been unable to rely on the Catholic vote -- now split about 30-30 along party lines. Kerry could bring more Catholics back to the Democratic base -- unless Burke's admonishment of Kerry catches on widely among Church leadership. Bishops have been silent on Burke's pronouncement.

"I think that would a kind of challenge that I don't expect the Church will make," said Rev. Robert W. Bullock, who leads a parish outside Boston and is president of the Boston Priests Forum. "The fact is that Kerry is a devout Catholic and he does espouse positions that are contrary to the Vatican. And I think it would tend to estrange Catholics if he was forbidden communion."

Such an effort by a predecessor to O'Malley, Boston's former Archbishop Cardinal Humberto Medeiros, caused a political row when he attempted to urge Catholics not to vote for two liberal Democratic candidates for Congress, Barney Frank and James M. Shannon -- respectively, Jewish and Irish Catholic -- because they supported federal funding for abortion.

Medeiros wrote a letter in September 1980, five days before the Massachusetts primary, stating, "those who make abortions possible by law" cannot be separated from the "horrendous crime." Catholics voting in the upcoming election, he said, must "vote to save 'our children, born and unborn.'"

Sent to 410 parishes and read aloud on numerous pulpits the Sunday prior to Election Day, the cardinal's letter was aimed at both Frank and Shannon. Both men went on to win the election. Medeiros' views had the exact opposite affect, emboldening Catholics to support the liberal candidates because many were offended by Church clergy telling them whom to support.

There is little doubt among experts in Catholic cannon law that the Church, as an institution, will not take the position that voters must not support politicians who back abortion rights. The U.S. Conference of Catholic Bishops has designated a task force to study the subject.

The organization requires politicians to make their positions publicly known on issues fundamental to Church doctrine. But it is extremely unlikely that the central body of American Catholicism will take the extraordinary step of giving a voter litmus test to Catholics.

"If the person has not been by name excommunicated, it is presumed that he should receive communion," explained Ladislas M. Orsy, a Jesuit expert on cannon law at Georgetown Law School. Orsy said there are "extreme" exceptions, an example being a person who commits murder in public and attempts to receive communion having not yet been officially excommunicated.

However, excluding such circumstances, Orsy called it "absurd" to ask the priest to deny a Catholic communion.