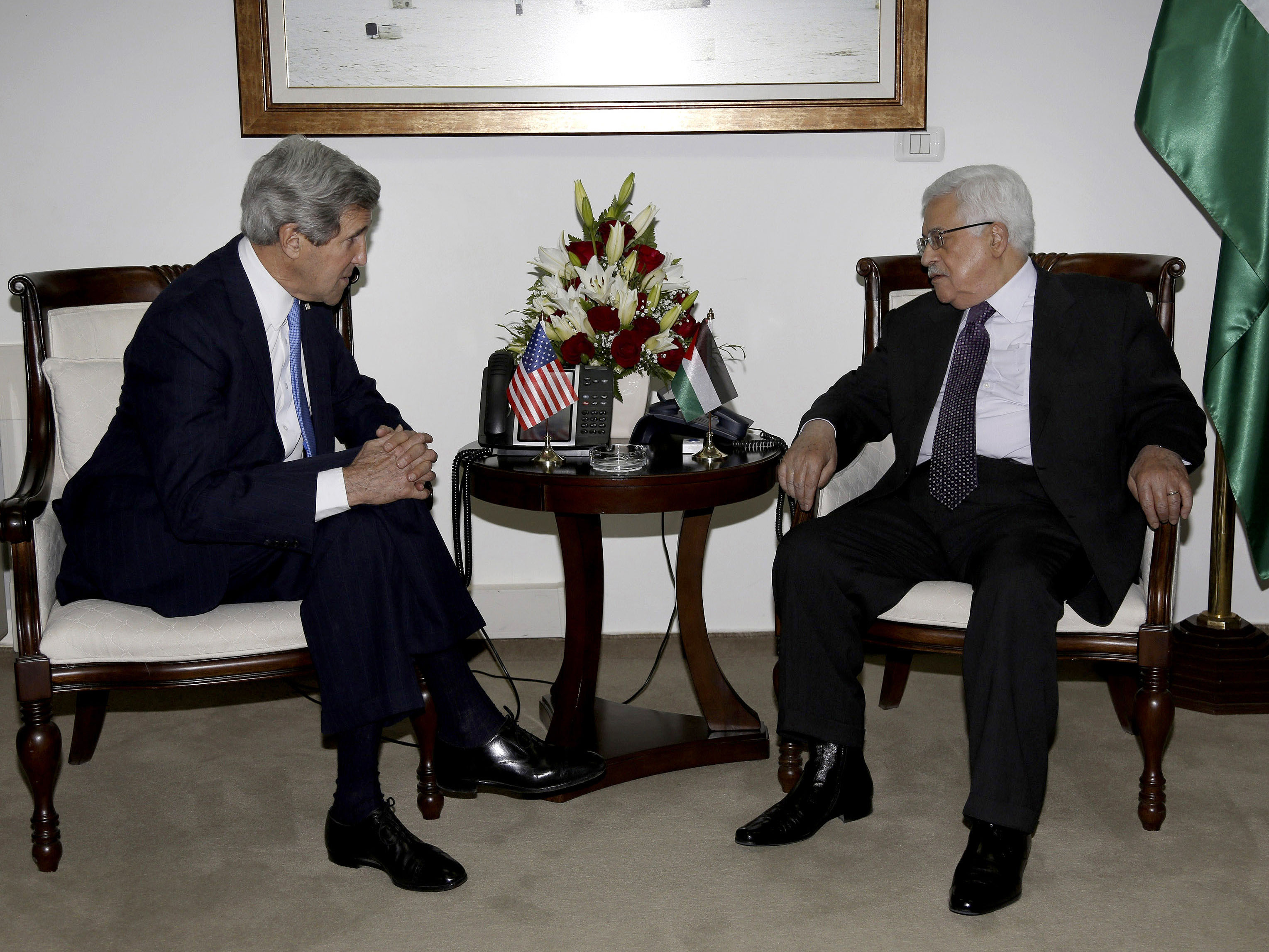 Aides to Secretary of State John Kerry have called his trip to the Middle East a "listening tour," and it's not likely to be much more than that. Rather than presenting any new grand plan for peace, he'll explore possible avenues that Israelis and Palestinians might take back to the table for the first time in two years.

That's the correct play, according to one former American peace negotiator, who said it's critical not to rush into negotiations. "If it crashes quickly, you'll be dramatically worse off. The right thing to do is to create more of a basis for a plan, so you have confidence from each side, and reason to believe it's going to lead somewhere."

But gaining that confidence is going to be extremely difficult, especially on the Palestinian side.

"There are very low expectations here - people are perplexed at what he thinks he can do," said Palestinian Rami Khouri, the director of the Issam Fares Institute for Public Policy at the American University in Beirut.

For Khouri, there is an obvious imbalance in any attempt to negotiate.

"The U.S. does not see them as equals. They see Israel's security as trumping everything else - they won't even talk to you unless you profess full commitment to Israelis' security ... For the U.S. to be effective, it has to change its mediating approach to be more evenhanded."

The jury is still out as to how serious the Obama administration is about actually restarting peace talks, and how realistic they are about prospects for any breakthrough. The president's speech here three weeks ago, with tough love for both Israelis and Palestinians, was meant to be a sign of commitment. Dispatching Kerry to the region for the third time in three weeks is an effort to sustain the momentum, but ultimately it's up to the principles to sit down together.

The former American peace negotiator said it'll be a steep climb just to get to that point.

"It's hard because the level of distrust is so high. Right now they're both convinced that the other side is not committed to a two-state solution, so nothing can happen right now."

During his Mideast stay, Kerry will be floating various ideas to see what gains traction. One old proposal - the so-called Arab Peace Initiative - is expected to make the rounds again. First proposed by the Saudis 11 years ago, it would require the Palestinians to normalize relations with all Arab countries plus Israel; in return Israel would recognize a sovereign Palestinian state.

"If they just try to revive the old negotiating formula, that's going to get nowhere."

One school of thought holds that the volatility in the region could help rekindle peace prospects, or at least encourage Prime Minister Netanyahu to return to talks. With unrest surrounding Israel on each of its borders, he may be more inclined to preserve stability with the Palestinians because he has so little of it elsewhere.

Kerry has known Netanyahu since the Israeli's days at M.I.T. Kerry and Abbas have been meeting regularly for the past 15 years. Familiarity won't be an obstacle to kickstarting talks - but that's likely the least of the secretary's concerns.