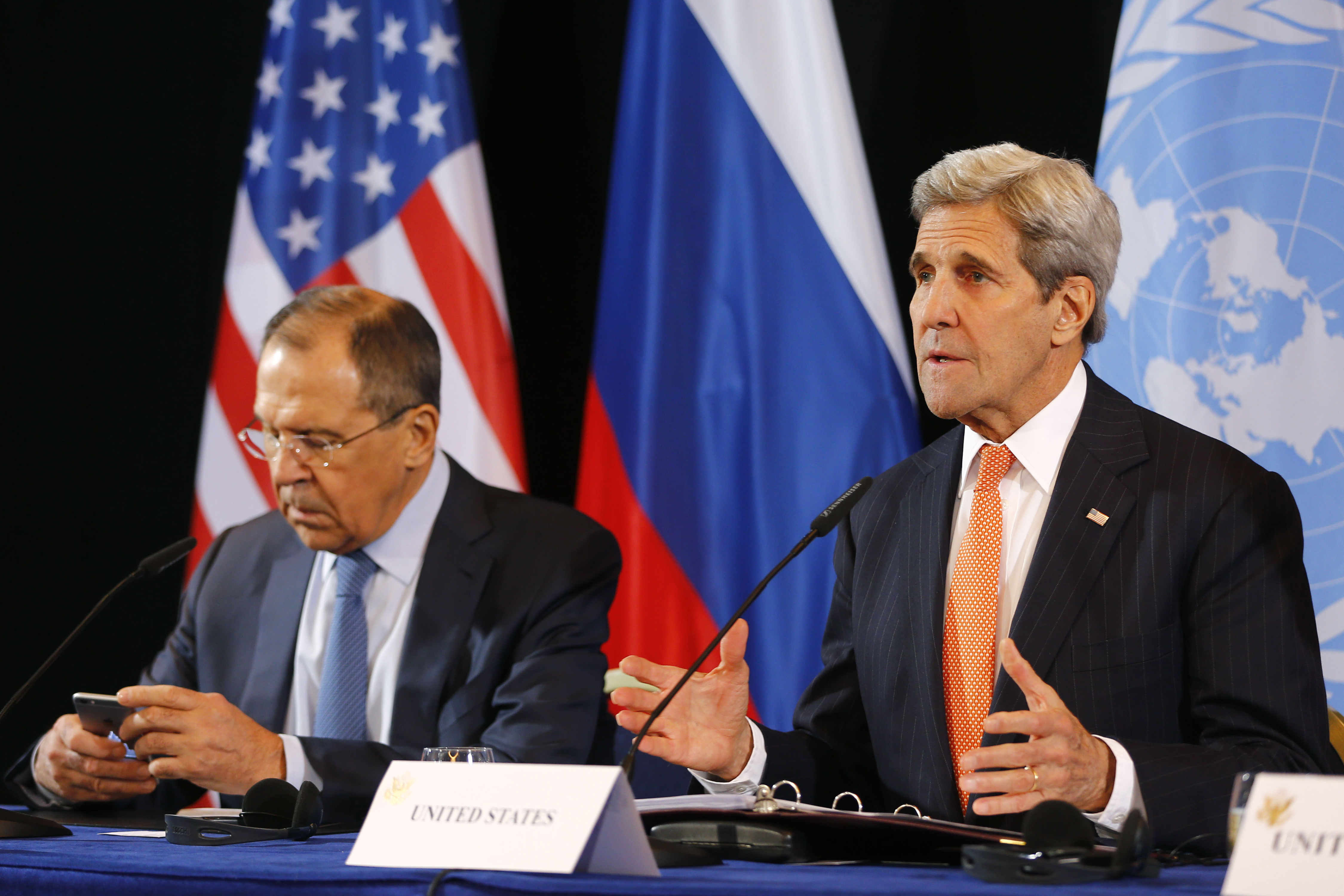 MUNICH -- U.S. Secretary of State John Kerry says diplomats meeting in Munich have agreed to work with Syrian parties to implement a "nationwide cessation of hostilities."

CBS News' Margaret Brennan reports that just before 1 a.m. in Munich, Kerry and his Russian counterpart Sergey Lavrov announced that they have agreed to a "cessation of hostilities" within one week, and the delivery of humanitarian aid to besieged areas of Syria that are currently being attacked by Iranian and Russian-backed forces.

Kerry pointed out that this would be just a pause in fighting and not a ceasefire to end the five year long Syrian civil war.

A U.S. official confirmed to CBS News that aid deliveries are expected to begin this week, possibly as soon as Friday.

Kerry said the deliveries will be made via airdrops and other methods into besieged areas including Madaya, Deir Ezzor and the outskirts of Damascus, Brennan reports.

Russia has not followed through on previous commitments to allow in UN food deliveries and recently bombed some of the same supply lines used by the U.S. to support rebels in many of those areas. Kerry admitted that recent bombing has strengthened the position of Syrian President Bashar Assad.

The announcement follows a day of negotiations with Assad's patrons -- Russia and Iran -- as well as those European and Arab countries backing the rebel groups who are trying to overthrow Assad while also fighting ISIS.

Kerry and Lavrov, who had been pressing for a ceasefire to begin March 1, said the U.S. and Russia would co-chair both the working group on humanitarian aid as well as a task force that will try to deal with the "modalities" of the temporary truce. Included will be members of the military along with representatives from countries that are supporting various armed groups in Syria.

Russia had proposed the March 1 ceasefire, but the U.S. and others saw that as a ploy to give Moscow and the Syrian army three more weeks to try to crush Western- and Arab-backed rebels. The U.S. countered with demands for an immediate stop to the fighting. Both countries appeared to have made concessions on that front.

The Syrian rebels fighting Assad and his allies did not participate in the negotiations.

Among the issues the task force is charged with sorting out are delineating territories held by ISIS, al-Nusra and other militant groups, ensuring the compliance of eligible parties and referring violations of the truce for appropriate action, including exclusion from the arrangement. Asked Friday to comment on the Munich talks, Salem Meslet, the spokesman for the Syrian opposition coalition known as the High Negotiations Commitee, said, "We must see action on the ground in Syria."

The talk of new ceasefire plans comes as the U.S., Russia and more than a dozen other countries meet in Munich to try to halt five years of civil war in the Arab country. The conflict has killed more than a quarter-million people, created Europe's biggest refugee crisis since World War II and allowed ISIS to seize territory across large parts of both countries.

Five years of conflict have killed more than a quarter-million people, created Europe's biggest refugee crisis since World War II and allowed ISIS to carve out its own territory across parts of Syria and neighboring Iraq.

Overall, the United Nations says almost half a million people are besieged in Syria. Since the beginning of 2015, Syria's government had approved just 13 inter-agency aid convoys, out of 113 requested, the U.N. reported last month.

As Kerry met with the Syria group in Munich, U.S. Defense Secretary Ash Carter was in Brussels to rally fresh support for the fight against ISIS in largely the same territory.

Carter said defense ministers from more than two dozen countries gave a "broad endorsement" of a refined U.S. plan for defeating ISIS. After a meeting at NATO headquarters, Carter told reporters that nearly all participants either promised new military commitments or said their governments would consider new contributions. He predicted "tangible gains" in Iraq and Syria by March.

"We will all look back after victory and remember who participated in the fight," he said, appealing to coalition partners to expand and deepen their military contributions.

NATO Secretary-General Jens Stoltenberg said the alliance agreed Thursday to deploy NATO airborne command and control aircraft in order to free up similar U.S. aircraft for the air campaign in Syria and Iraq.