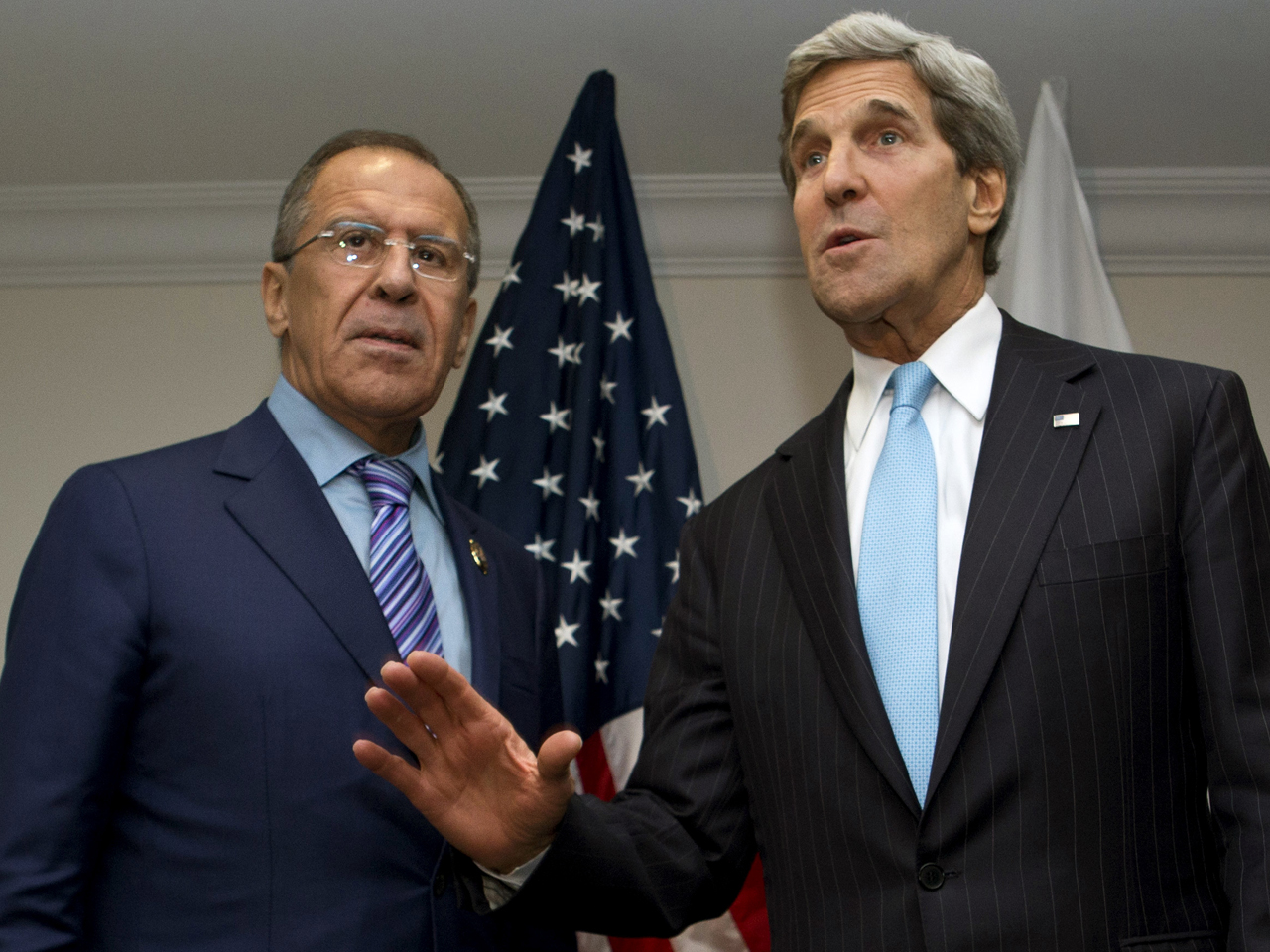 BANDAR SERI BEGAWAN, BruneiU.S. Secretary of State John Kerry said Tuesday that both the U.S. and Russia are seriously committed to having an international conference on Syria and setting up a transitional government to end the bloodshed and "save the state of Syria."

Kerry said the two countries both believe the meeting should take sooner rather than later, but acknowledged it might not be possible until August or later. Such an international meeting, which has been delayed several times before, is known as "Geneva II" because it follows a Syria meeting in the Swiss city in June 2012.

Kerry spoke outside the U.S. Embassy in Brunei after a 90-minute-plus meeting with Russian Foreign Minister Sergey Lavrov on the sidelines of an Asian security summit.

Russia has been a key backer of Syrian President Bashar Assad's regime in the two-year civil war that has claimed more than 93,000 lives. But Kerry said the U.S. and Russia agreed that they have an ability to make a difference if they can pull together.

"Our objective remains the same — that to recognize the notion that there really isn't a military victory, per se, for Syria that keeps Syria as a country," Kerry said. "And No. 2, that we have an obligation to try to work towards a peaceful resolution because a peaceful settlement is the best way to save the state of Syria and to minimize destruction."

He emphasized that the first international conference called for a transitional government for Syria "with a neutral environment by mutual consent to a full transfer of power."

Last month, Lavrov said the U.S. was sending conflicting signals to the rebels. While the U.S. said it favored a peace conference in Geneva, Lavrov said, talk about a possible no-fly zone encouraged the opposition to step up fighting instead of sitting down for talks.

"The message the opposition is getting: Guys, don't go to Geneva, don't say you are going to negotiate with the regime, soon things will change in your favor," Lavrov said then.

On Tuesday, Lavrov declined to sum up his meeting with Kerry, telling reporters only that their discussion was "excellent."

Syria was also the focus of Kerry's discussion with Turkish Foreign Minister Ahmet Davutoglu. A senior State Department official said the two discussed ways to strengthen support to the opposition and step up plans for an international conference to resolve the crisis.

The official, who spoke on condition of anonymity to disclose details of the closed-door meeting, said Kerry and his Turkish counterpart also discussed how to expand the Syrian people's access to humanitarian aid. He said both men expressed concern over recent Assad regime attacks on civilians in the central province of Homs and the influx of fighters from the Lebanese militia Hezbollah.

Kerry said he spoke briefly with Lavrov about National Security Agency leaker Edward Snowden, an issue that has strained relations between the two nations.

The Russian state news agency ITAR-Tass reported that the two did not discuss Snowden, but Kerry said he raised U.S. concerns and hoped Lavrov would pass them to Russian officials.

Kerry said their discussion about Snowden was not substantive because Snowden was not Lavrov's "portfolio," but he said they did talk about how the Snowden case fits into the context of U.S.-Russia relations.

Snowden, who is wanted in the U.S. on three charges of espionage, has been on the run since releasing sensitive NSA documents. He is believed to have been in the Moscow airport's transit zone since his arrival from Hong Kong on June 23. The U.S. has annulled his passport, and Ecuador, where he had hoped to get asylum, has been giving mixed signals about offering him shelter.

Snowden has expanded his requests for asylum to more than 20 countries, including China, according to WikiLeaks, an anti-secrecy group that has adopted Snowden and his cause.

After Snowden applied for political asylum to remain in Russia, Russian President Vladimir Putin told reporters in Moscow that Snowden would have to stop leaking U.S. secrets if he wanted asylum there — and added that Snowden seemed unwilling to stop publishing leaks of classified material. On Tuesday, Russian media reported Snowden had canceled his asylum bid there.

Before the meeting, when a reporter asked whether he and Kerry would talk about asylum for Snowden, Lavrov scolded the reporter, saying, "Don't shout at me, please."

Three U.S. officials, speaking on condition of anonymity because they weren't authorized to publicly discuss the Snowden case, have said Washington is trying to persuade Russia to deport Snowden either directly to the United States or to a third country, possibly in eastern Europe, that would then hand him over to U.S. authorities.

Irritated by reporters who chased him down the hall after the meeting, Lavrov said, "I am on my way because I missed my lunch" and "You are absolutely crazy. I don't know how you can work like this."