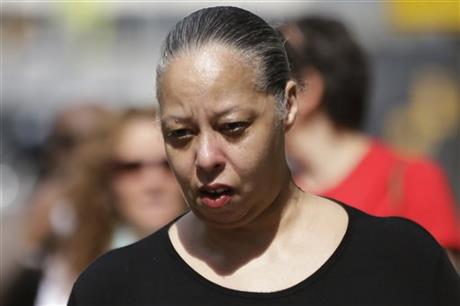 (CBS/AP) PHILADELPHIA - Pearl Gosnell, the wife of Philadelphia abortion doctor Kermit Gosnell, and who helped out at his corrupt clinic, has been sentenced to seven to 23 months in prison.

Peal Gosnell, 51, says she's sorry for trusting her husband, who was convicted of murder this month in the deaths of three babies born alive at his clinic. Pearl Gosnell had pleaded guilty to racketeering and performing an illegal abortion.

She says her husband, Kermit, is a coward for not speaking at his trial or apologizing.

The judge gave her credit Wednesday for nearly three months she spent in jail after her arrest.

Sentencing was postponed for three other former clinic workers who have unresolved federal drug charges. A fourth employee, who pleaded guilty to third-degree murder and other charges, was released from prison and sent home by the judge after being jailed for 28 months.

Complete coverage of the Kermit Gosnell murder trial on Crimesider