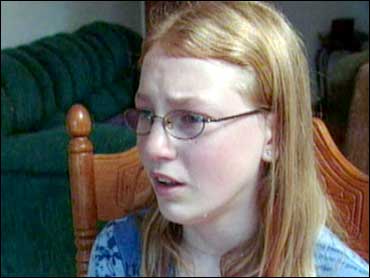 Seven, which owns about 25 percent of MGM, has aired the studio's television product for almost 40 years, and it will continue to do so, the companies said.

Kerkorian will control 90 percent of MGM upon completion of the Seven deal, which is expected to close Sept. 1.

Investors were cheered by the news, said Credit Lyonnais analyst Richard Read, because they believe that if billionaire Kerkorian has faith enough to put so much more of his own money into MGM, perhaps they, too, should think more highly of the stock.

"I think this is probably the first step in some other transaction," Read said. "Kerkorian's probably sending a message that he endorses the values here. He's not known as a guy who throws money around."

Two weeks ago, MGM said in a Securities and Exchange Commission filing that it was in talks with unidentified companies about a possible merger or sale. Speculation surfaced that Walt Disney, Time Warner or News Corp. might be interested. News Corp. denied having had talks with MGM, while Disney and Time Warner declined to comment.

Of the possible suitors, Read said, Disney would have the best reason to buy the company. "Disney doesn't have much of a library, other than its animated stuff," he said. "They don't have a 20,000-film library like the Time Warners of the world do."

Why would MGM put itself on the block? Its overriding problem is cash. In recent weeks, the company has frozen television production, reduced the number of films released annually and announced a $250 million secondary stock offering, all in an attempt to cope with cash-flow problems.

Aside from its James Bond franchise, MGM's theatrical-film division has been notoriously weak, producing bombs like Dirty Work and Species II.

A lack of sufficient cash has been part of the problem.

"With rare exceptions, the films that make money," said Read, "are these blockbusters - the ones that are good - or the ones like The Full Monty that only cost you $7 million to make and just get great word of mouth."

Movies in the "middle territory" between huge-budget releases and inexpensive efforts, Read said, have been a source of trouble for MGM. Marketing money is simply not lavished on such products, he added, noting that the or so "midpriced" movies MGM puts out each year get "lost in the shuffle."

Things have been better on the television side, where the company's hour-long, made-for-cable sci-fi shows, The Outer Limits and targate SG-1, have been long-running successes.

But those action-oriented programs are expensive to produce, Read said. "You can't do them on the cheap, because they require reasonable special effects and so forth."

Read said MGM shares will cascade downward again soon, in spite of Wednesday's spike. The market, he said, will recognize that, as a stand-alone company, MGM can't hope to sustain real cash-flow growth until early next century.