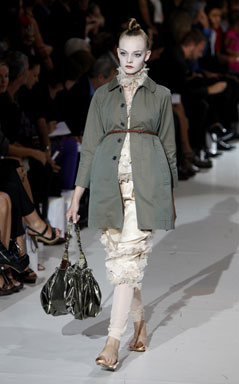 As it investigates the deadly suicide bombing in Kenya, Israel is studying ways to better protect its jets after last week's failed attempt to shoot down an Israeli airliner there.

But a dispute with Kenya over evidence threatens the probe of both the suicide bombing Thursday of an Israeli-owned hotel, which killed 15 people, and the failed missile attack on an Israeli charter jet moments earlier. The Israeli defense minister said al Qaeda was the main suspect in the attacks.

Kenya will not heed Israeli demands to turn over some evidence in the attacks, saying Sunday it would conduct the probe alone.

Kenyan police officials said Israeli authorities want to take pieces from a four-wheel-drive Mitsubishi Pajero that exploded outside the hotel on Thursday, killing 10 Kenyans, three Israelis and the bombers inside.

Israel also wants the launchers and missile casings from shoulder-launched rockets believed used in the attempt to shoot down the Israeli charter plane.

Raanan Gissin, spokesman for Israeli Prime Minister Ariel Sharon, said from Jerusalem that Kenya had been cooperating "up to now," but that the Kenyans weren't prepared for the investigation.

"They were not geared to this kind of a threat or they don't have the necessary resources or technological capabilities that would enable them to deal with that," Gissin said.

"Definitely, this is a new dimension, a new escalation in terrorism, and it just shows us the ugly face of terror," said Israeli spokesman Jonathan Peled.

The Israeli military industry is developing anti-missile technology for civilian aircraft. The device would detect the firing of a missile and steer it away from the plane. Israel hopes all its airliners will be equipped with the device in a few months.

During an Israeli Cabinet meeting on Sunday, Defense Minister Shaul Mofaz said he suspected al Qaeda was responsible for the attack, Gissin said.

"Formally, of course, we don't have the conclusive evidence to prove unequivocally that it is al Qaeda, but the fingerprints clearly indicate that al Qaeda is involved," Gissin said, referring to Mofaz's remarks.

One man, subsistence farmer Khamis Haro Deche, said a brown Pajero pulled into his yard near the hotel shortly after 8 a.m. last Thursday. He said the slight youngish man in the passenger seat told him in Arabic-accented and halting Kiswahili — Kenya's official language — that he and the driver were waiting for friends coming from the hotel.

Shortly after the car drove off in the direction of the hotel, there was an explosion that shook his house, he said. Survivors at the hotel said the blast occurred around 8:35 a.m.

Although police were still holding several men from Pakistan and Somalia they had picked up from a boat in Mombasa's port for questioning shortly after the attacks, there was no further comment Sunday on the progress of the investigation from inside Kenya.

U.S. Sen. Bob Graham, the outgoing chairman of the Senate Intelligence Committee, said the attacks had probably been carried out by a Somali-Kenyan group he called Islamyia, in conjunction with Osama bin Laden's al Qaeda network.

A day after the bombing, a U.S. official, speaking on condition of anonymity in Washington, said initial suspicion centered on al Qaeda and al-Itihaad al-Islamiya, a Somali Islamic group that was put on a list of international terrorist organizations after the Sept. 11 attacks on the United States.

Israeli Foreign Minister Benjamin Netanyahu also criticized "the negligence and the passivity of other countries that do not take forceful action" against terror networks.

Israel said it would also investigate why it was not aware of warnings that Germany and Australia issued two weeks before the attacks of possible terrorist threats.

Gissin said the Israelis never received any such warning, and urged more cooperation. He said Israel had the right to take pre-emptive action against future threats.