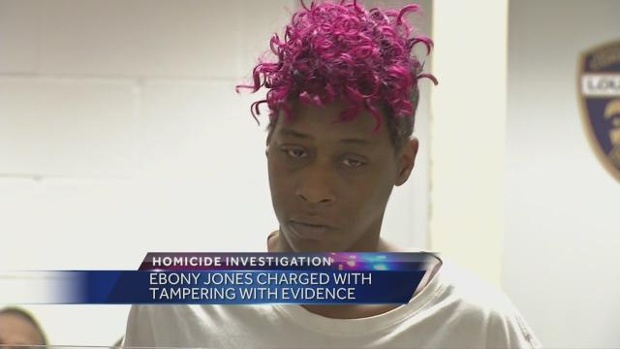 Ebony Jones, 35, is charged with tampering with physical evidence in the death of Adrian Cook, who was killed on Nov. 25.

Two teens have been charged in Cook's murder. Police say that on the day of Cook's death, Jones told the two suspects to move Cook's body to the front yard of the house where he was killed. She also allegedly instructed them to tell police that Cook was killed in a drive-by shooting.

In court on Tuesday, Jones' attorney asked that she be given home incarceration as the case moves forward.