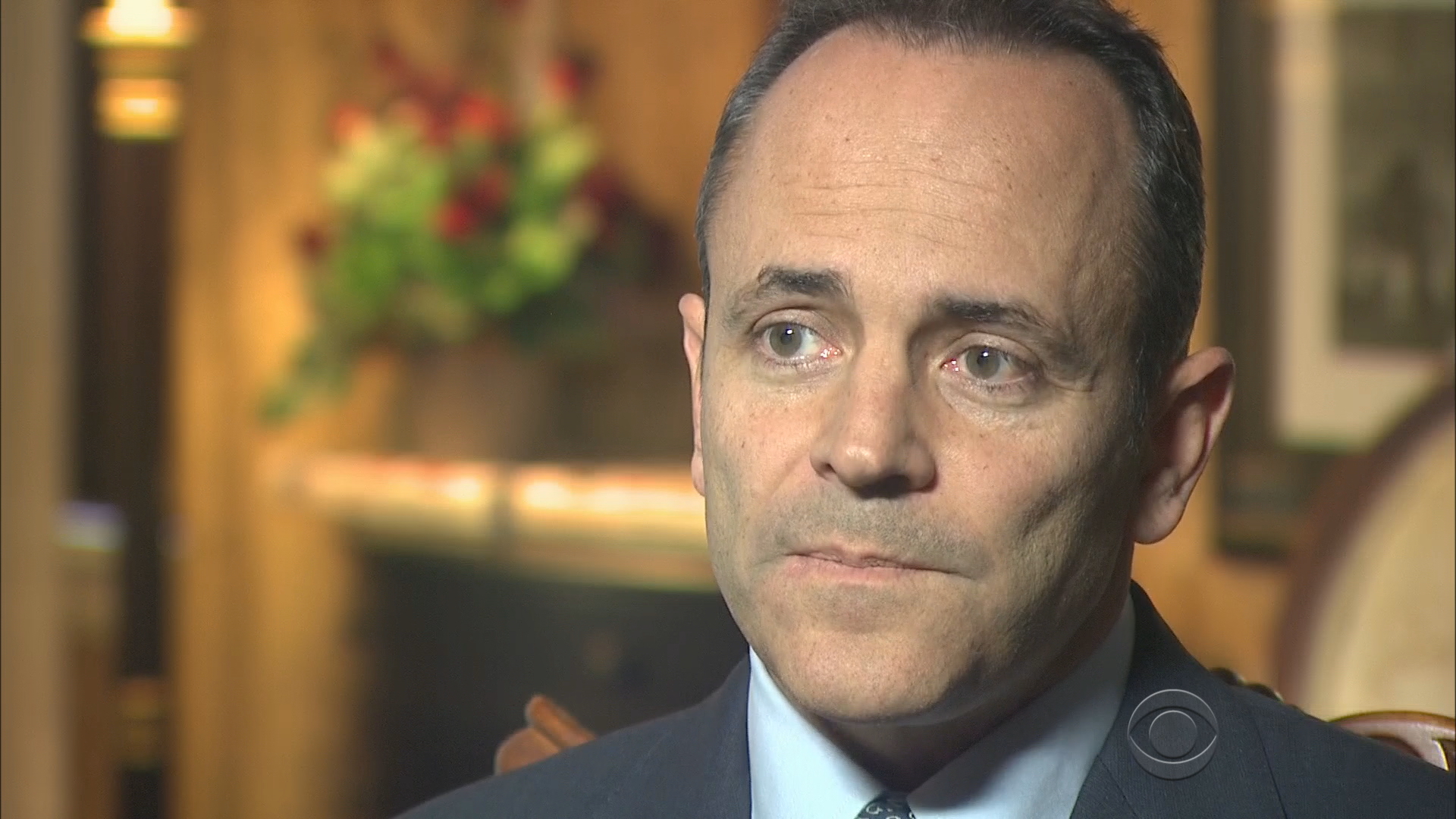 His plan, outlined at a community meeting, was met with a mix of support and derision. Bevin urged volunteers to form teams of 3-10 people that pick the same block to walk at the same time of day, at least two or three times a week. He urged participants to make a yearlong commitment.

"Go around the block, pause on each corner, pray for the people there, move to the next corner," Bevin said later in describing his plan to reporters at a city park. "And over the course of the year, here's what's going to happen - they're going to get to know the people on the block."

Bevin, a socially conservative Republican, said it's a chance for "people of faith to put their faith to work." He hopes residents from the neighborhoods walk with people living elsewhere.

"Pretty unsophisticated. Pretty uncomplicated. Pretty basic," Bevin said. "But I truly believe we're going to see a difference in our city. I personally believe in the power of prayer."

Louisville Metro Police investigated a record 118 criminal homicides last year, but this year's murder rate - at 52 through May - was on pace to surpass last year's total.

Skeptics of Bevin's roving prayer group plan included Micheshia Norment, the mother of a 7-year-old boy killed by a stray bullet last month. Her son, Dequante Hobbs Jr., was eating a bedtime snack at his kitchen table when the bullet smashed through a window and struck him in the head.

Norment, who attended the community meeting, said later that Bevin's "heart is in the right place," but predicted many people would be fearful to walk neighborhoods plagued by crime.

She also doubted it will be much of a deterrent for those prone to violence.

"They can do walks all day long but it doesn't mean it's going to change anything," she said.

Bevin took to Facebook to condemn the boy's death, and he paid his respects to the family by meeting with Norment at her son's visitation, a day before his burial.

Asked Thursday if she would join a prayer group, she replied: "I'm trying to get out of the neighborhood that I'm in because I've still got another child."

What would help curb violence, she said, is to make it harder to get guns.

Earlier in the week, Bevin downplayed the availability of guns as a problem behind Louisville's murder rate. He called the homicide spree a cultural, spiritual and economic problem.

"If you honestly believe it's a gun problem, then you're missing the point," he said.

A ministerial group from some Louisville neighborhoods hardest hit by the violence offered its own plan to combat the crime wave. The preachers called for updating what they see as lax gun laws that make it "easier to buy a gun in West Louisville than a piece of fresh fruit."

Other parts of their plan call for protecting people who cooperate with police, updating school curriculum to highlight contributions of black culture and creating more employment and housing opportunities in minority neighborhoods.

Bevin said the rising murder rate requires law enforcement and economic solutions. He urged state and local policymakers to continue working on plans that would cost money. But he added: "There is no amount of money from any source that's going to fix this problem," he said.

Christopher 2X, an anti-violence activist, said, "How can it hurt to suggest that people want to participate in an exercise of spirit building within their block to try to encourage people toward positive thoughts."

"Let's fix the situation," he said. "Get people thinking differently. Change their heart, and then when you put your money in it, then the money is doing something."