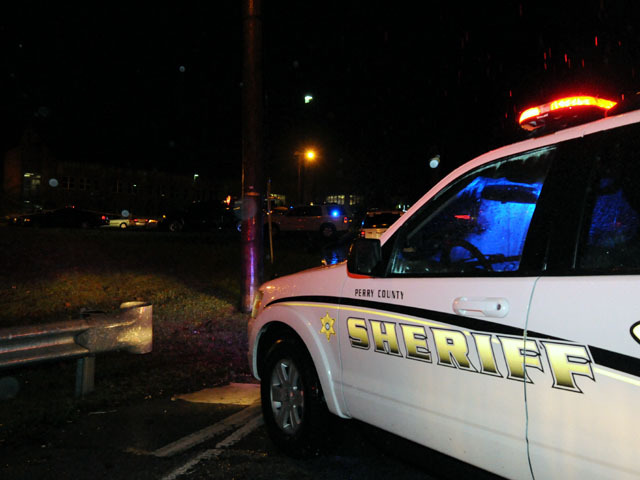 (CBS/AP) HAZARD, Ky. - Police said a shooting in the parking lot of an eastern Kentucky community college that killed two people and wounded a teenage girl late Tuesday stemmed from a domestic dispute.

Dalton Stidham, 21, was charged with two counts of murder and one count of attempted murder in the shooting attack on the Hazard Community and Technical College campus.

The violence in the college parking lot locked down the campus for more than an hour as police searched two buildings to ensure there was no further danger. Police said they recovered a semiautomatic pistol from the scene.

Hazard Police Chief Minor Allen told WYMT-TV the shooting resulted from a dispute between Stidham and one of the dead victims, 20-year-old Caitlin Cornett. He did not say how they or the other victims were related.

Allen identified the other male victim as Jackie Cornett, 53. The name of the teenager wounded in the attack was not released.

In a statement late Tuesday, college officials said they did not think the school was specifically targeted or that any of the people involved in the shooting were students or employees of the college.

College President Stephen Greiner said that at the time of the shooting, there were probably about 30 students on campus.

Allen said the man and woman were already dead when police arrived about 6 p.m. The wounded 17-year-old girl was taken to University of Kentucky Hospital.

Conor Duff, the college's evening coordinator, said the outbreak of violence was startling.

"Everybody here's been pretty shook up," he said. "This is definitely something people around here are not used to. We have our fair share of problems, but normally this isn't one of them."