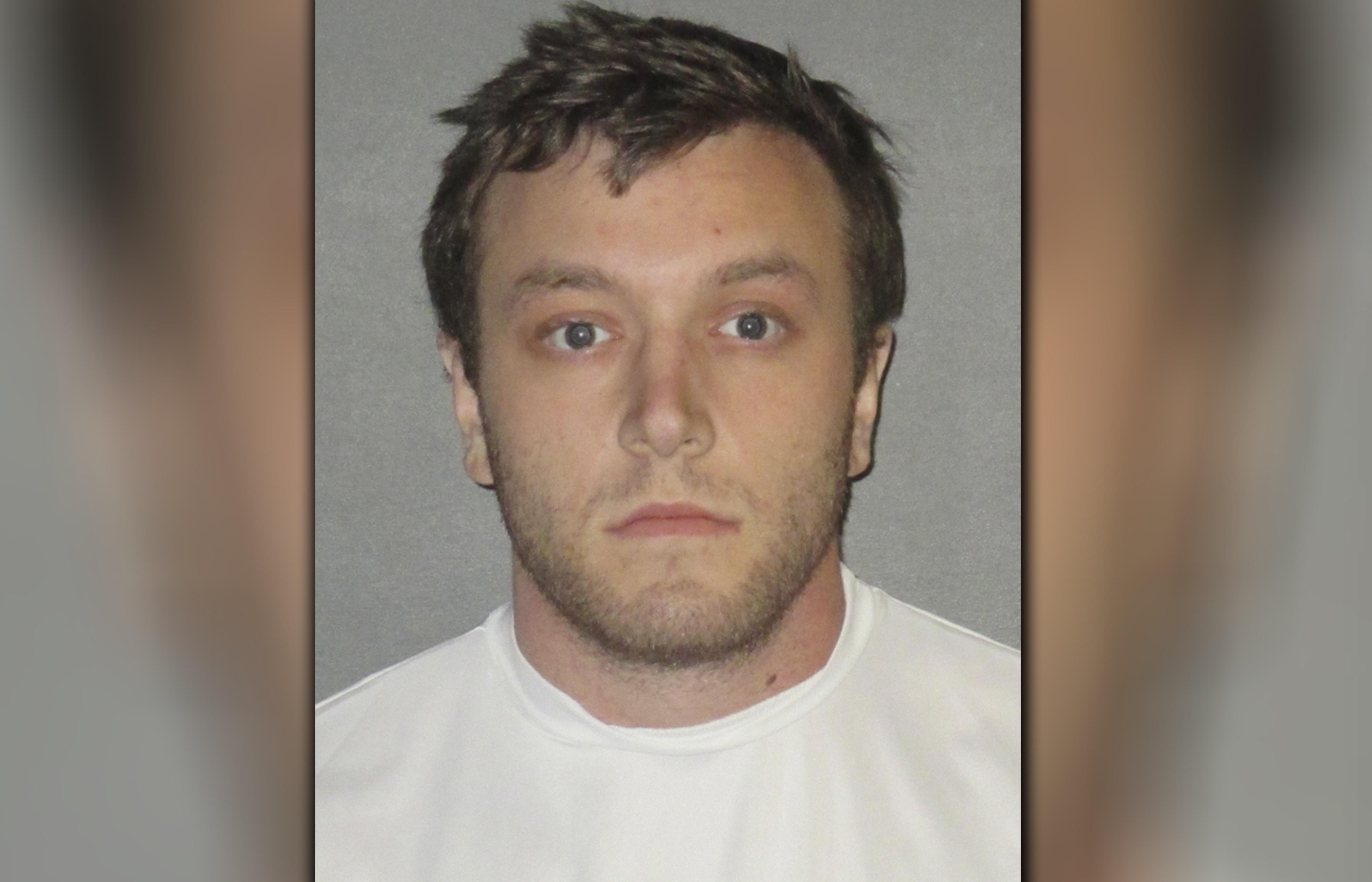 BATON ROUGE, La. -- Police believe the slayings of two black men in Baton Rouge were likely racially motivated and said Sunday they have a suspect, a 23-year-old white man, in custody.

In both shootings, the gunman fired from his car then walked up to the victims as they were lying on the ground and fired again multiple times.

Gleason was given a $3,500 bond on Sunday evening, a district attorney told The Associated Press. Authorities do not yet have enough evidence to charge him with murder, Baton Rouge Sgt. L'Jean McKneely said.

He was still jailed as of 6 p.m. Sunday, according to the sheriff's office.

"The victims were ... ambushed," McKneely said. "There is a strong possibility that it could be racially motivated."

McKneely said shell casings from the shootings linked the two slayings and a car belonging to Gleason fit the description of the vehicle police were looking for. He said police collected other circumstantial evidence but he wouldn't say what it was.

Neither victim had any prior relationship with Gleason. It wasn't immediately clear if Gleason had an attorney or when his first court appearance would be.

The shootings happened about 5 miles from each other. The first occurred Tuesday when 59-year-old Bruce Cofield, who was homeless, was shot to death. The second happened Thursday when 49-year-old Donald Smart was gunned down walking to work at a cafe popular with Louisiana State University students.

The cafe's general manager, Fred Simonson, said he was lucky to have an employee like Smart. "The hardest working guy I've ever seen," he told WAFB-TV.

Smart's aunt, Mary Smart, said she was still dealing with the shock of her nephew's death.

"I'm feeling down and depressed. My nephew, I love him, and he was on his way to work and that makes it so sad," she said in a telephone interview Sunday. "He was always smiling and hugging everybody. A lot of people knew him."

Smart had a son and two daughters, she said.

She declined to comment on police allegations that her nephew might have been shot because of the color of his skin.

No one answered the door at Gleason's house in a quiet neighborhood of mostly ranch-style homes with well-kept lawns, located about 10 miles from the sites of the shootings.

"He looks like any clean-cut American kid," said neighbor Nancy Reynolds, who said she didn't know Gleason or his family. She said it was "hard to believe this sort of thing is still happening."

Two of Gleason's cousins said they couldn't believe he had anything to do with the killings.

"He had no problems with any person," said Garrett Sing, 37. "He had black friends, white friends, Asian friends. He made friends with anyone."

Another cousin, 33-year-old Barton Sing, described Gleason as a "good kid" and recalled how his cousin recently asked him to teach him how to bow hunt.

"He said he never liked guns. That's why he wanted to get into archery," Sing said. "He's the last person I'd think to do something like this."

Gleason didn't appear to have any active social media profiles, and two of his maternal aunts declined to comment when reached by phone by the AP. Messages left at his parents' house and at another aunt's house were not returned.

East Baton Rouge District Attorney Hillar Moore said a judge could issue a ruling on bond for Gleason later Sunday. Moore wouldn't comment on what led investigators to him.

Detectives searched Gleason's home on Saturday and found 9 grams of marijuana and vials of human growth hormone at his house, according to a police document. After Gleason was read his Miranda rights, he claimed ownership of the drugs, the document said.

Louisiana's capital, a city of 229,000, is known for its championship college football team and its political scene. A year ago, racial tensions roiled the city when a black man was shot to death by white police officers outside of a convenience store. About two weeks later, a black gunman targeted police in an ambush, killing three officers before he was shot to death. The city is about 55 percent black and 40 percent white.