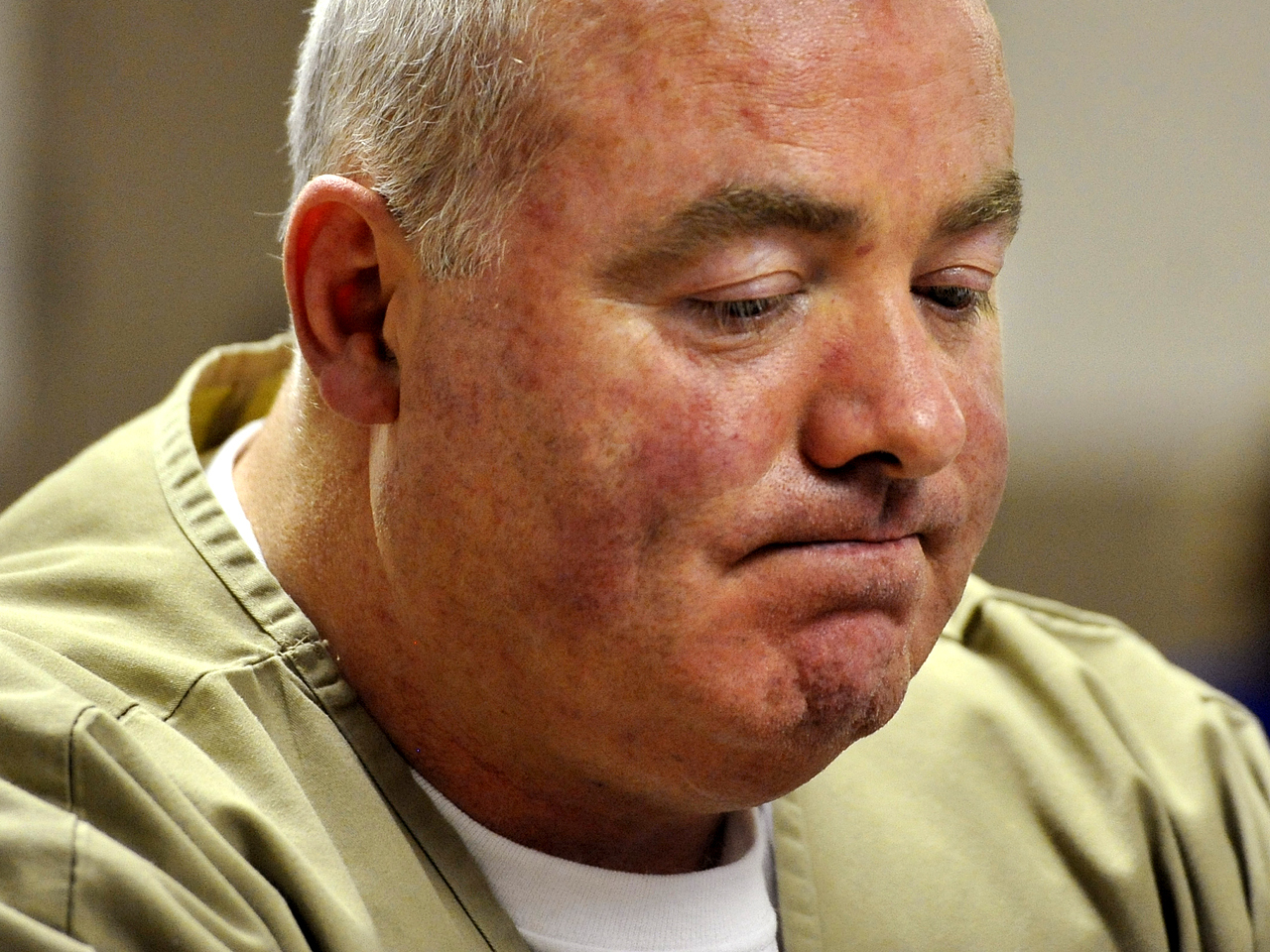 SUFFIELD, Conn. Kennedy cousin Michael Skakel was denied a bid for freedom Wednesday at his first parole hearing since he was convicted a decade ago of killing his neighbor in 1975.

Skakel, who proclaimed his innocence at the hearing, nodded and patted his attorney on the back after the three-person state parole board read the unanimous decision. He will next be eligible for parole in 2017.

Skakel is serving 20 years to life for fatally beating Martha Moxley with a golf club in Greenwich when they were 15. Skakel is a nephew of Ethel Kennedy, the widow of Robert F. Kennedy.

At the hearing at McDougall-Walker Correctional Institution in Suffield, Skakel spoke slowly and softly, saying: "I did not commit this crime."

"I know the best chance of me getting parole is admitting guilt in this crime," CBS Hartford affiliate WFSB-TV reports Skakel said. "Ten-and-a-half years later I cannot do that."

In attendance was Dorthy Moxley, the victim's mother, who said losing a child is the worst thing in the world and Skakel should serve at least 20 years in prison.

"Martha, my baby, will never have a life," she said, her voice breaking.

Skakel told the parole board he prays every day that whoever committed the crime is brought to justice, but he is the wrong man.

"If I could ease Mrs. Moxley's pain in any way, shape or form I would take responsibility all day long for this crime," Skakel said. But, he added, "I cannot bear false witness against myself."

The heavyset, 52-year-old Skakel with gray, thinning hair wore a tan prison jumpsuit to the hearing. To support his claims of innocence, he told of how he became sober.

"I pose to you: How can a guilty man stay sober for 30 years with that kind of guilt on his mind?" he said.

Skakel also talked about his mother's death at an early age, his learning disability and a childhood in which he attended numerous schools. He said his ex-wife was recently diagnosed with cancer, and he is concerned about his 13-year-old son.

"I'm at your mercy. The only power I have is prayer," he said.

The chair of the parole board, Erika Tindill, showed some skepticism as she pressed Skakel with questions. She said it was an odd situation for him to ask for early release while proclaiming innocence of the crime.

Ultimately, she said, the board concluded that the time he has served is not punishment enough for the crime.

The victim's brother, John Moxley, said during the hearing that he believes Skakel should serve a life sentence.

"There's no upside in this. So what? He's got another five years in prison. What does that do for Martha? It's a hollow victory," he said after the hearing.

Skakel's attorney, Hope Seeley, said the board's decision is disappointing because Skakel is not a danger to society.

"To incarcerate Michael Skakel for at least another five years compounds the miscarriage of justice that has already occurred in this case," she said.

Skakel, convicted in 2002, was eligible for parole consideration because of laws in place at the time of the crime including good behavior credits.

In letters to the parole board, Skakel's supporters, including his cousin Robert F. Kennedy Jr., say Skakel has helped alcoholics recover. They also portray him as religious and devoted to his son.

Many letters cite Skakel's art work in prison, saying he has made uplifting paintings that show his true nature, give joy to others and encourage family values. Letters objecting to his parole cite the brutal nature of the crime and say releasing him early would be devastating to the victim's family.

Skakel will have another chance to try to get out of prison next April, when one of his appeals goes to trial. Skakel filed the appeal in 2010, seeking a new trial on allegations that his trial attorney, Michael Sherman, was incompetent. Skakel claims Sherman had financial problems and didn't devote enough money to prepare the case, among other allegations.

Sherman insists he did all he could to keep Skakel from being convicted.

The appeal trial is set to begin April 15 before a Rockville Superior Court judge.