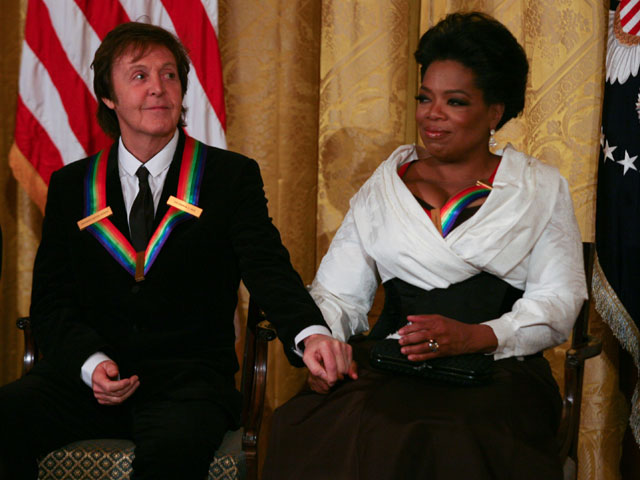 WASHINGTON (CBS) Luminaries from music, dance, theater, screen and TV got together on one stage to pay tribute to five Kennedy Center honorees in a program that aired Tuesday night on CBS.

Among those making spoken tributes were Edward Albee, Alec Baldwin, Chris Rock, Claire Danes and Sidney Poitier. A final tribute was made by Caroline Kennedy, daughter of late President John F. Kennedy, for whom the honors, and the Washington arts center that presents them, are named.