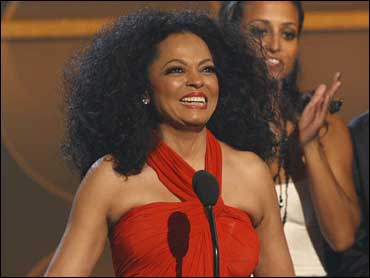 The head Supreme, a "wild and crazy guy" and former Beach Boy are among 2007's Kennedy Center Honorees.

Since the Kennedy Center Honors debuted in 1978, some of the most creative talents the United States has to offer have been recognized by their peers.

"With their extraordinary talent, creativity and perseverance, the five 2007 Honorees have transformed the way we, as Americans, see, hear and feel the performing arts," said Kennedy Center Chairman Stephen A. Schwarzman in a statement. "We will forever be thankful for the great gift they have shared with us. Leon Fleisher is a consummate musician whose career is a moving testament to the life-affirming power of art; Steve Martin is a Renaissance comic whose talents wipe out the boundaries between artistic disciplines; Diana Ross's singular, instantly recognizable voice has spread romance and joy throughout the world; Martin Scorsese is a visionary filmmaker and a fearless artist; and Brian Wilson led not only a spectacularly popular rock group, but also an era-defining transformation of the sound of music."

The show, which will be broadcast on CBS on Wednesday, Dec. 26, 2007, will feature performances from some of the biggest names in entertainment business. President Bush and First Lady Laura Bush will sit with the honorees.

The president and first lady will receive the honorees, members of the Artists Committee who nominate them and the Kennedy Center Board of Trustees at the White House on Dec. 2 before the gala taping. The ceremony concludes with a dinner dance in the White House Grand Foyer. The official honors will be bestowed the night before the White House gala at a State Department dinner hosted by Secretary of State Condoleezza Rice.

The criteria for being honored by the Kennedy Center are extremely difficult to attain. Those who receive the distinction must have made significant contributions to American culture through the performing arts, be it in dance, music, theater, opera, motion pictures or television. Michael M. Kaiser, president of the center, said the Kennedy Center's mission isn't just to recognize people like Steve Martin and Diana Ross, but also to foster a love of the performing arts among all Americans.

"In addition to recognizing our most treasured artists, the Kennedy Center Honors also supports many of our performing arts initiatives, education and public service programming, and national outreach efforts," he said in a statement.

The honors were created by George Stevens Jr. and Nick Vanoff. They will produce and co-write the show for the 30th consecutive year.