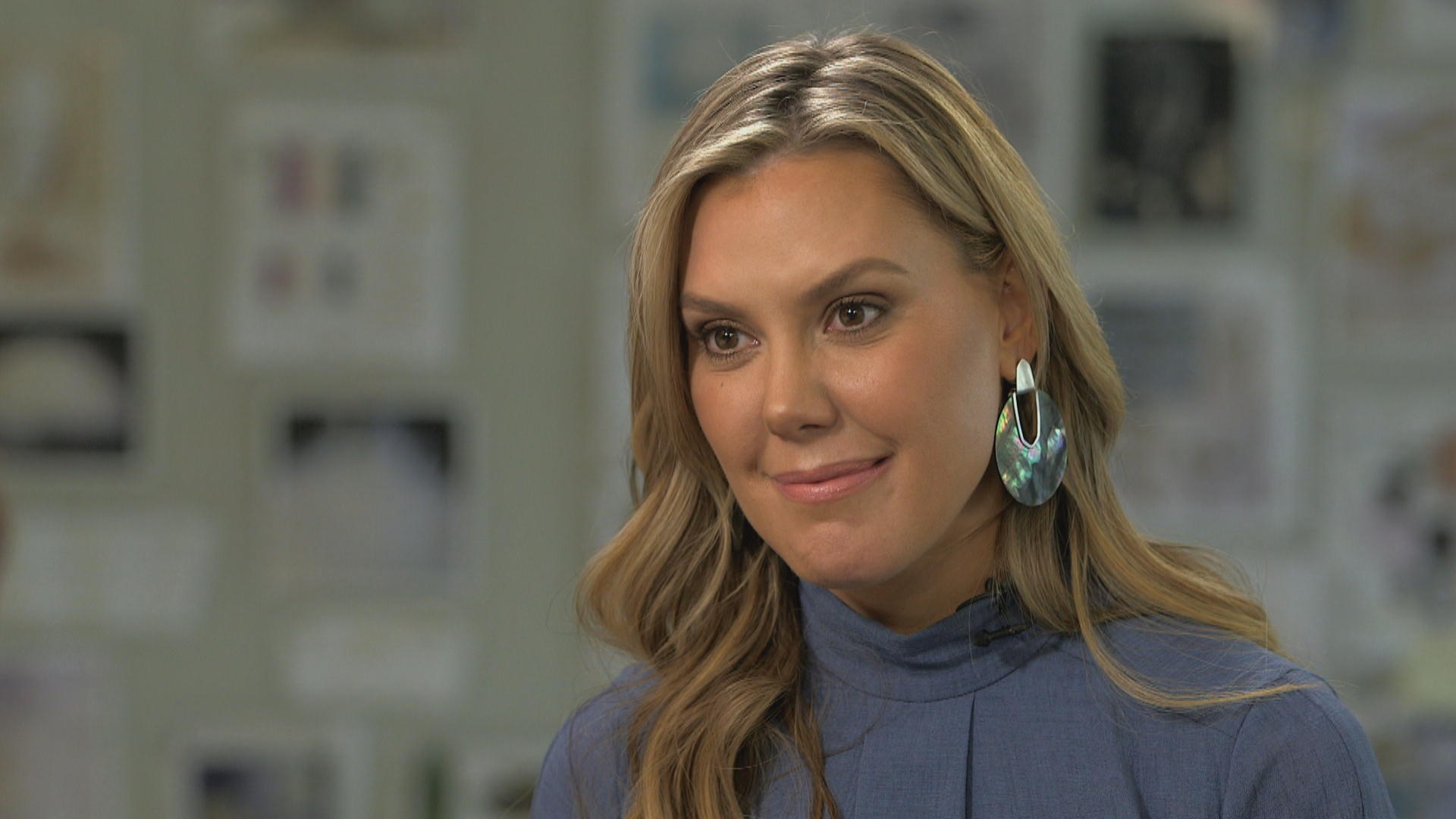 When Forbes put out its list of America's richest self-made women last year, jewelry designer Kendra Scott wasn't just on it, she ranked higher than Taylor Swift, Beyoncé, Donna Karan and Diane Von Furstenberg. Reminded of that fact by "CBS This Morning" co-host Gayle King, the 44-year-old mom said, "Are you sure that couldn't be an error?"

There is no mistaking the college dropout's tremendous success. Scott's billion-dollar business started 16 years ago with only $500, which she used to make jewelry out of a spare bedroom in her home. Her stores offer a unique experience to customers as she encourages them to interact with the jewelry and customize their own pieces.

"There were some bead shops, local bead shops if you can believe it, and I would go and take a few little beading classes. There was a little community college I took a class in. And I really wanted to learn," Scott told King at her company's Austin headquarters.

While pregnant with her son, Scott made a small collection of jewelry and thought to herself, "You know, this is not half bad."

"So when he was three months old I put him in a little baby carrier and I took my collection in a tea box – and I actually have that wooden tea box still – all the little boxes, and I went store to store in Austin," she said.

"And actually the first store I went into I did get told no. And I had to get back in the car and drive to another store and get my courage to go back in and try again," she recalled.

It was persistence that would turn her business idea into a successful company. Scott assembled a small team of women including her mother that she calls the "super seven," and began selling her jewelry wholesale. She caught the attention of retail giant Nordstrom, all while still working out of that bedroom.

As her business grew, so did her family. But shortly after having her second son, Kendra became a single mom. It was a challenge she met with motivation.

"It was really hard because people would say, 'Well, you just need to go get an angel investor.' And I'm like, 'Well, where does these angels hang out?' You know, like how do you find one of these magical angels that you're talking about? I mean, people made it sound like, 'Well, you just gotta go find it,'" she said. "And I think, for us, a pivotal moment was after the recession hit. Because I was running our business just doing wholesale. I wasn't selling our own retail direct to customer. And when the recession hit so many businesses had trouble….And I knew that if I didn't change my business model we would lose our business."

So she decided to open her own store. "Go big or go home," she said. "And it was that. We – it may not work. And we may not have jobs when this is over. But if you're willing to try to do something radical with me it could work."

It worked all right. Today, Scott has 74 retail stores all around the country and one in London. The "super seven"? They're still there. It's a work environment Scott has strived to make unique.

There are lots of perks for the company's 2,000 employees, 98 percent of whom are women, working on everything from product design to sales.

"People are like, 'How can there be that much women?' And is it, you know, 'how is the work environment? Is it catty? Is it –' It's the opposite," she explained. "We're rooting for each other. We're cheer—each other's cheerleaders. And that's the environment that we instill here. We hire nice people. We hire kind people. And when you do that it's amazing what can happen."

Giving back is a part of her business model. Kendra Cares is a program working with hospitals nationwide, including Dell Children's Medical Center in Austin.

"It's part of our culture of our company. You know, everyone is so proud that they're making a difference. And they're so thrilled and excited to be part of something that they're also getting to leave their mark on. It – it is what I am most proud of and the bigger than we've gotten the more we can do."

What does she want people to take away from her story?

"A lot of times in our lives there are things that happen to us that are good. And sometimes things happen to us that are – that are bad. You know, we lose, sometimes, people we love or we go through a divorce or we have these struggles in our life. And I think the lesson that I've learned over these last 16 years is those can be gifts. So I would just say, in those moments, take a breath and go, 'It's not over. This could be just the beginning.'"