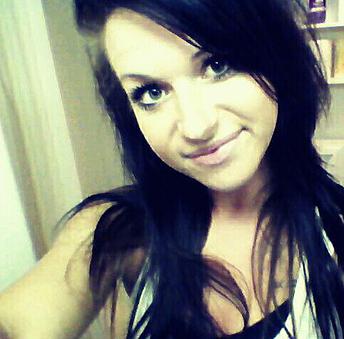 (CBS) DENVER - A family in Colorado is issuing a public outcry for help in finding their missing daughter, Kelsie Shelling. According to CBS Denver, the 22-year-old pregnant woman disappeared in February.

Schelling was reportedly last seen on Feb. 4 in Pueblo, Colo, having traveled from Denver to see her boyfriend, Donthe Lucas, to tell him she was eight weeks pregnant with his child.

In a press conference on Monday morning, April 29, family members said Schelling's bank account has been accessed and messages had been sent from her cell phone. They reportedly also said that her vehicle, a black Chevy Cruz, was seen on surveillance video in a Pueblo hospital parking lot three days after she disappeared. Schelling was not seen on the video, reports CBS Denver.

The family reportedly said Lucas refuses to speak with authorities. The family is also not satisfied with his "oginial account of the events leading up to Kelsie's disappearance."

During the press conference, Laura Saxton, Schelling's mother, said, "We love and miss Kelsie so much and are more deeply saddened to know that whatever happened to her that night also involved her unborn child -- my first grandchild -- as well. We are doing everything in our power to find our missing loved one and would expect anyone involved to do the same."

Meanwhile, CBS Denveralso reported that Lucas refused to speak to the station. Police won't comment on his involvement in the case. Documents regarding him have reportedly been sealed by the courts.

Lucas' mother told the station her son was arrested for identity theft for using Schelling's credit card but that the charges have been dropped. The woman reportedly also said her home and car were searched by authorities.

Schelling's family has set up a website called HelpFindKelsie.com and are reportedly offering a $10,000 reward for any information that leads to an arrest.

Tattoos: Chinese symbol on back of neck, cursive writing on inside of left arm, ancient key on her left chest and a fleur-de-lis on right rib cage