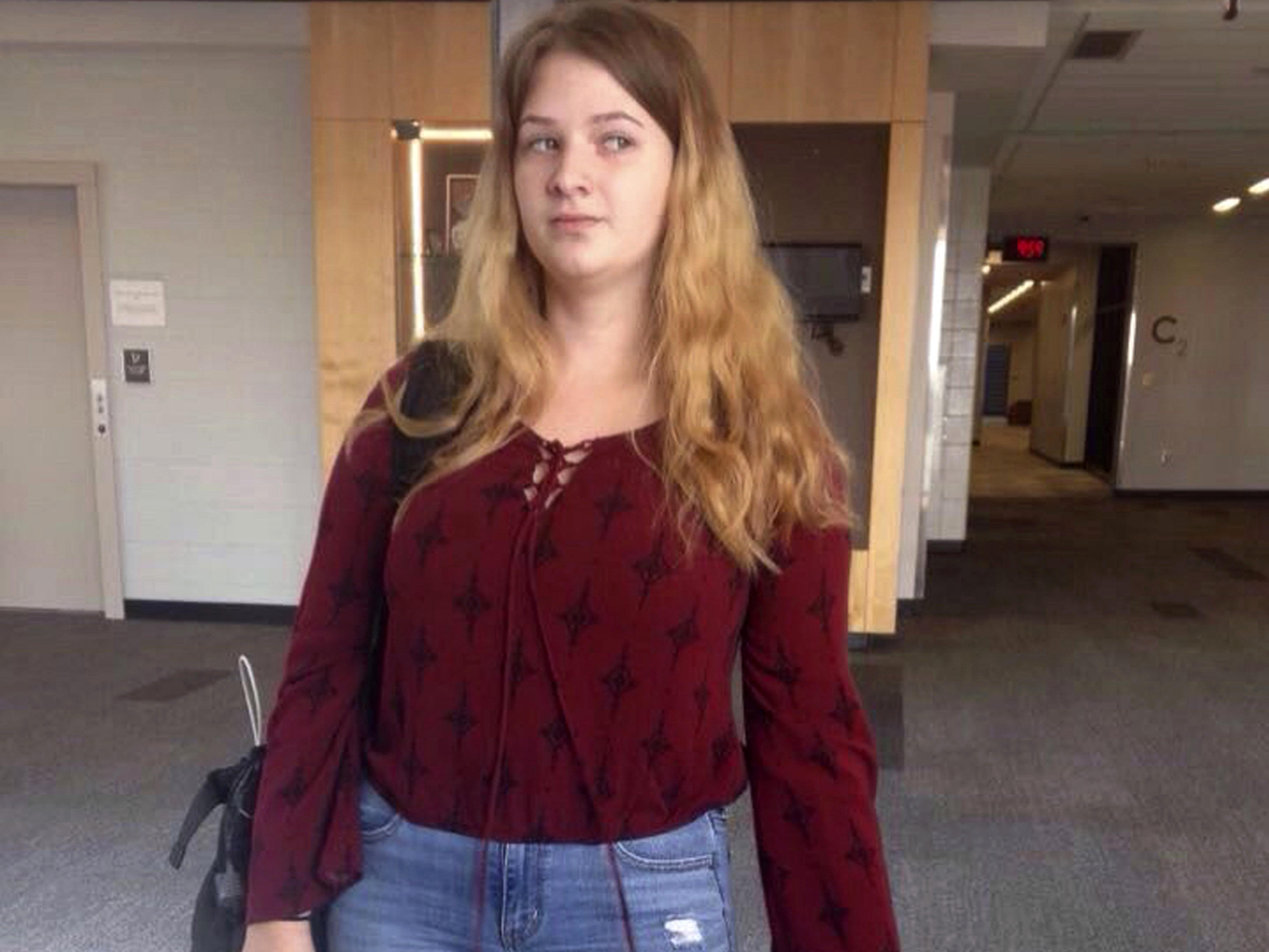 JOPLIN, Mo. -- A Missouri teenager says a high school teacher told her during class that she was too "busty" and that "plus-sized women" need to shop at stores that sell larger clothing.

The confrontation happened last Friday, an attorney for Kelsey Anderson said in a statement released Tuesday, and the 17-year-old was sent to the office at Joplin High School for a dress code violation. The statement said the teacher also told Kelsey that "smaller busted women could get away with more than larger busted women."

The Joplin School District said in a statement that it doesn't consider staff comments "about students' bodies appropriate" and is investigating whether there was a violation of a policy requiring staff to "maintain courteous and professional relationships with students."

Kelsey's mother posted a photo on Facebook of what the teen was wearing that shows her clad in a burgundy long-sleeved, laced, V-neck shirt and jeans with ripped knees.

"I was mortified by my teacher, of all people, saying something like this in front of my class," Anderson said in the statement released by her attorney. "When I was pulled into a meeting with the Principal, he told me that he had never heard of me being victimized before and he didn't really believe what I said."

Kelsey told CBS affiliate KOAM-TV of Pittsburg, Kansas, she was appropriately covered up. She said the laces on the top of her shirt can't loosen.

"They're sewed," she told the station. "It's just, they tie on the outside, and there's like a pad on the inside, so even if they were to be cut, ripped, it would be covered."

Kelsey told KOAM-TV that school staff tried to have her return to the same class she was told to leave.

"I was just kind of uncomfortable even being around those group of people again after that," she said.

Kelsey hasn't been back to school since the incident. She's suspended her Facebook account after receiving several vulgar messages.

Her attorney, Elizabeth Turner, said in the statement that "body shaming isn't something to take lightly," noting that suicide rates among teenage girls are on the rise.

"It is sad that in this day and age, when we teach children and young adults about the dangers of bullying and body shaming with laws to protect against bullying, that we have to worry about the adults in our children's lives being the ones to hurt them," Turner said.

The district said its dress code prohibits attire that "materially disrupts the educational environment," but that clothing restrictions can't violate Title IX, the federal law that prohibits discrimination based on sex in education. The district said it couldn't comment further on what happened, in part because of student privacy laws.