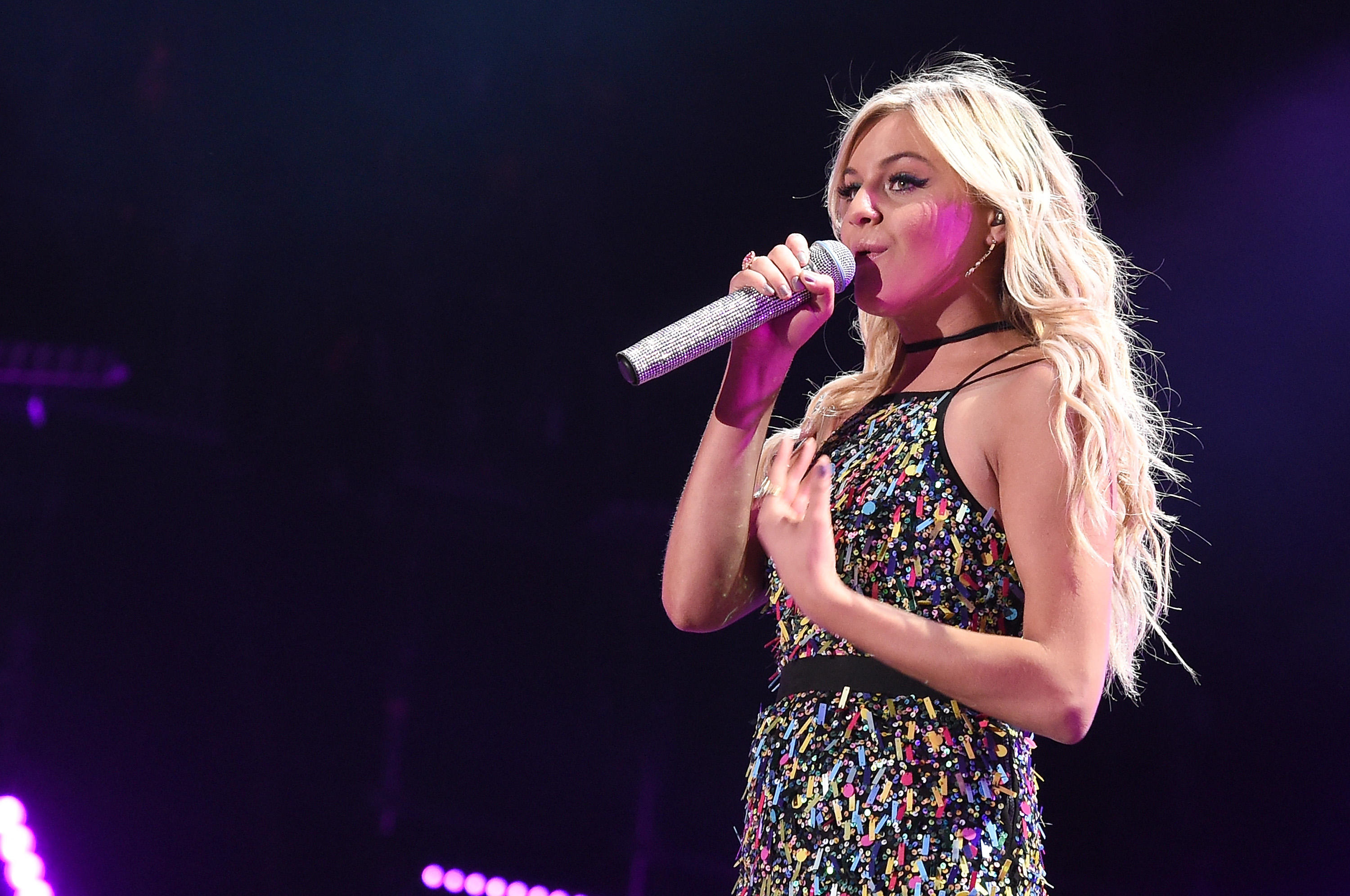 Kelsea Ballerini might be new to the country music scene, but she’s already been dubbed the genre’s next big thing -- she even won an ACM award for New Female Vocalist of the Year in April.

At just 23 years old, the Tennessee native has released chart-topping singles such as “Love Me Like You Mean It” and “Peter Pan,” and has instantly become a fan favorite for her unique blend of country and pop. In addition to picking up several awards over the past year, the artist has also made history with a string of number one singles from her debut album, “The First Time.”

Not surprisingly, Ballerini’s sound, songwriting ability and her talents with the acoustic guitar have left many comparing her to pop superstar, Taylor Swift, someone she calls both a friend and mentor.

Ballerini, who is currently on the road with Rascal Flatts, is also working on her second studio album and getting ready to kick off a tour of her own later this year. She opened up to CBS News while on a stop in the New York area.

On what her success over the past year has been like:

Yeah, it’s been intimidating, but has been awesome and makes me feel like I’m doing something right. You know, we are working very hard, are on the road so much, getting to tour everywhere and put out music. So it is so nice to know that it is getting embraced everywhere.

On what she has learned during her time touring with Rascal Flatts:

We would do a couple headlining shows every now and again while touring with Rascal Flatts and they just make it so fun. It’s so cool to be able to put together a show that was just for people coming there to celebrate my music with me. What I‘ve really learned from working with people like Rascal Flatts, Lady Antebellum and Keith Urban is to try to make a big show for my fans and really get as personal to them as I possibly could.

On what she’s looking forward to with her own tour:

I’ve always loved the bells and whistles of concerts that I have gone to. Like, I loved when people would fly over the crowd or have tons of crazy lights. So even though it’ll be smaller venues that I’ll play in, we still want to incorporate that stuff when we can. We are going to have the bells and whistles for sure.

On what she admires most about friend Taylor Swift:

I think if there was someone’s career I could mirror, it would be Taylor Swift. Not only because she is Taylor, but because she has always remained sweet and confident in herself and has always kept fans and songwriting at the forefront of what she does. For me, that is kind of at the heartbeat of what I always want to do with my music. I always want to be a songwriter and be there for people to listen to my music.

I also love that she isn’t scared to trust her gut and she believes in whatever her vision might be. As a young woman, it is kind of scary and sometimes hard to speak up and take charge. Taylor has really surrounded herself with people who believe in her vision and her career and that’s such an empowering thing.

On why songwriting is so important for her as an artist:

I don’t think I would be an artist if I wasn’t a songwriter. I grew up singing and I always loved it, but it was never anything that I thought, “oh I’m going to be a singer when I grow up.” When I started writing I felt like whatever it was that I was going through and writing about was probably what other people were going through too. Being able to share that with other people was something that really appealed to me early on.

On why her song “Peter Pan” was one of her favorites to write:

I wrote the song even before I had a record deal and this was one of those songs that was like as soon as we wrote it we knew we had something special. For me being able to put out “Love Me Like You Mean It” was super fun and was fun to show that side of myself. “Peter Pan,” though, in my opinion shows a bit more depth and heart and as a songwriter [it’s] something that I was excited to put out and put on the radio.

On what to expect with her next album:

My first album covered my life from the ages of 12 to 21 years old. So I was able to cover a lot of ground, but it was more vague than I wanted it to be. This next album I covered only two years, so I feel there is a lot of life that has happened, but it will be in a lot more details.

On her message to her fans:

I think it is empowerment; I hope that it is. There are sad songs on my album, but even with the sad songs like “Peter Pan” at the end it wraps back around and says you don’t know what you lost. I think it’s important to put out that positive message and teach both girls and guys to have that confidence within themselves and to love even though it can be hard. I hope people feel empowered when I put my record out.