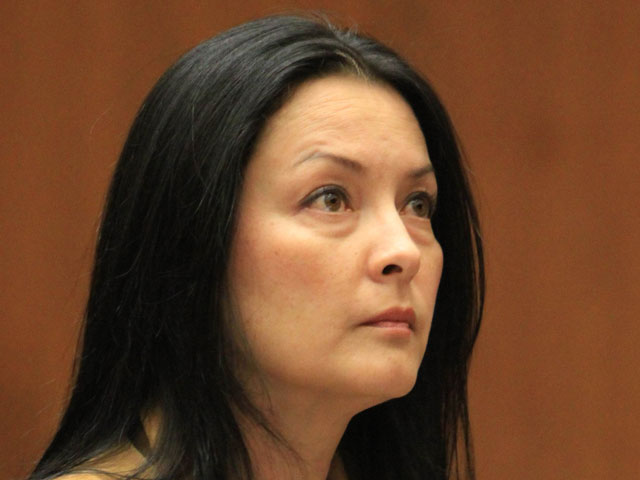 LOS ANGELES -- Kelly Soo Park, who was acquitted in 2013 of murdering college student and aspiring model Juliana Redding, was arrested again Monday -- this time on fraud charges as part of what appears to be a Los Angeles District Attorney sweep across Los Angeles.

At least six people were arrested over the weekend, and according to sources close to the investigation they were all connected to Park's business associate -- a wealthy Lebanese doctor with a sprawling medical empire in Southern California, Munir Uwaydah.

The District Attorney will likely announce charges today, but 48 Hours' Crimesider has confirmed with sources close to the investigation that a sealed indictment for fraud and possibly other charges was allegedly issued.

Prior to Park's trial for the 2008 murder of Redding, prosecutors alleged that the Korean-American real estate broker had been acting as hired muscle for her employer and associate, Uwaydah. Prosecutors alleged that Park went to Redding's apartment to intimidate her because a business deal between her father, Greg Redding a pharmacist, and Juliana Redding's one-time boyfriend Uwaydah fell apart five days earlier.

Multiple sources tell Crimesider the fraud indictment is related to allegations of medical fraud that surfaced at the Juliana Redding murder trial. An examination of motions filed in the trial offer clues into the weekend's arrest sweep by the LA County District Attorney's office.

The business deal between pharmacist Greg Redding involved what police and prosecutors alleged was a fraudulent medical empire run by the Lebanese doctor and facilitated by Park.

"An ongoing complex, multi-layer medical fraud," according to a search warrant declaration filed by Santa Monica Police Department (SMPD) Detective Karen Thompson. This is the type of enterprise which former Los Angeles County District Attorney Steve Cooley has referred to as "non-traditional" organized crime. "It's not La Cosa Nostra, instead it is organized criminals who are smart enough to take advantage of society's weaknesses," says Cooley.

"These kinds of frauds are rampant and thoroughly penetrate the American health care system," Cooley says. "Given the amount of money committed to health care in the United States, this is where the organized crime goes, it follows the money."

In court motions filed prior to the murder trial, Park's attorneys denied "that she or any of her business associates were involved in any fraud at all."

Pharmacist Greg Redding said he was negotiating a deal to run a company named Golden State Pharmaceuticals on behalf of Uwaydah. The deal fizzled in part based on analysis by Redding's lawyers that the company was not properly licensed.

In a 2008 letter which emerged during the murder trial, Redding's lawyers wrote the "terms of compensation are certainly lucrative, but they do not warrant any compromise of professional responsibilities."

It appears that once Park was arrested for murder, a private insurance company executive noticed her name in the media and alerted authorities to an alleged multi-million dollar fraud scheme the company was investigating involving Park, Uwaydah and others -- including operations at Golden State Pharmaceuticals.

In 2010 the fraud investigator for Berkshire Hathaway Insurance Company called SMPD to tell them he was conducting a "fraud investigation" concerning among others: Park, Uwaydah, Paul Turley, Uwaydah's business partner, Turley's wife Maria, and Ronnie Case, Park's boyfriend at the time of Redding's murder, according to search warrants made public during the murder trial.

At the time of the phone call Berkshire Hathaway was "withholding several million dollars in payment on medical claims" filed by companies associated with Uwaydah, according to the search warrant. Berkshire Hathaway ultimately settled the insurance claims.

Many of the individuals named in the SMPD search warrant as targets of the private insurance fraud investigation including Park, Paul and Maria Turley, as well as Case, were arrested in the last three days by the Los Angeles District Attorney, according to inmate booking data at the jail .

George Buehler the attorney who won Park's acquittal on murder charges, despite evidence putting her DNA around the throat of the victim who was strangled to death, will represent Park again.

He declined to comment regarding the upcoming fraud allegations.

A hearing is scheduled for Park on Tuesday at 2 p.m. PST in Los Angeles County Superior court.