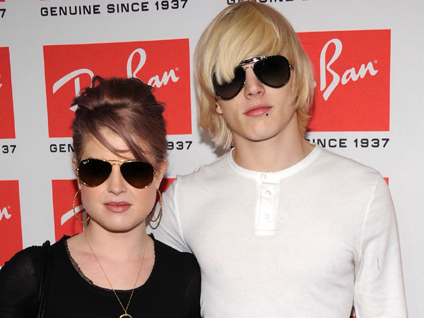 NEW YORK (CBS) Kelly Osbourne and Luke Worrall have called off their engagement amid rumors that the British model cheated on her.

"Thank you all so much for your support but the matter is private and [I] will not be commenting," Osbourne wrote on her Twitter account on Wednesday. "Enough damage has already [been] done!"

She referenced the breakup again in subsequent posts, writing, "you can take my heart but NEVER my sense of humor!" and "i am not dealing with this very well :( keeping your head up is not fun! going to bed thank god for tomorrow!"

Osbourne, 25, and Worrall, 20, got engaged in November 2008. When she competed on the ninth season of "Dancing with the Stars," he was often seen sitting in the audience with her famous parents, Ozzy and Sharon. He also stood by her when she went to rehab for an addiction to painkillers in January 2009.