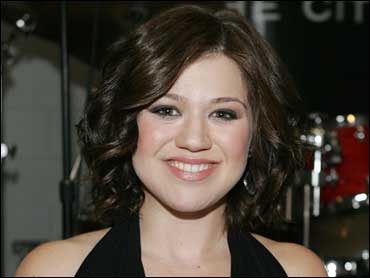 Kelly Clarkson, who rails against a former flame in her new song "Never Again," says she's never been in love.

"I love my friends and family," the Grammy-winning singer and original "American Idol" tells Elle magazine in its July issue. "But I have never said the words 'I love you' to anyone in a romantic relationship. Ever."

"I am very old-school, conservative in my thinking when it comes to relationships," she says. "Love is something you work at. It doesn't come easily. There are going to be bad days. You are going to have to work at loving someone when they are being an idiot."

She adds: "People think they're just going to meet the perfect guy. Don't be ridiculous."

Marriage and motherhood aren't in the cards for Clarkson — not right now, anyway.

"My point of view is that I shouldn't be a mother at all, because I'd be horrible," she says. "I'm not willing to be that selfless."

Her comments speak to the singer's frankness, which makes Clarkson stand out from many of today's publicist-protected pop stars. In recent weeks, Clarkson has made headlines for saying the media is exaggerating reports that she and music mogul Clive Davis clashed over her upcoming CD, "My December," to be released by RCA Records, a unit of Sony BMG Music Entertainment.

It's a sensitive subject.

"I've sold more than 15 million records worldwide, and still nobody listens to what I have to say. Because I'm 25 and a woman," she says.

"I am a good singer, so I can't possibly be a good writer," she continues. "Women can't possibly be good at two things. I haven't lost my temper about it. It only drives me more. If your thing is to bring me down, cool. I'll just work harder."