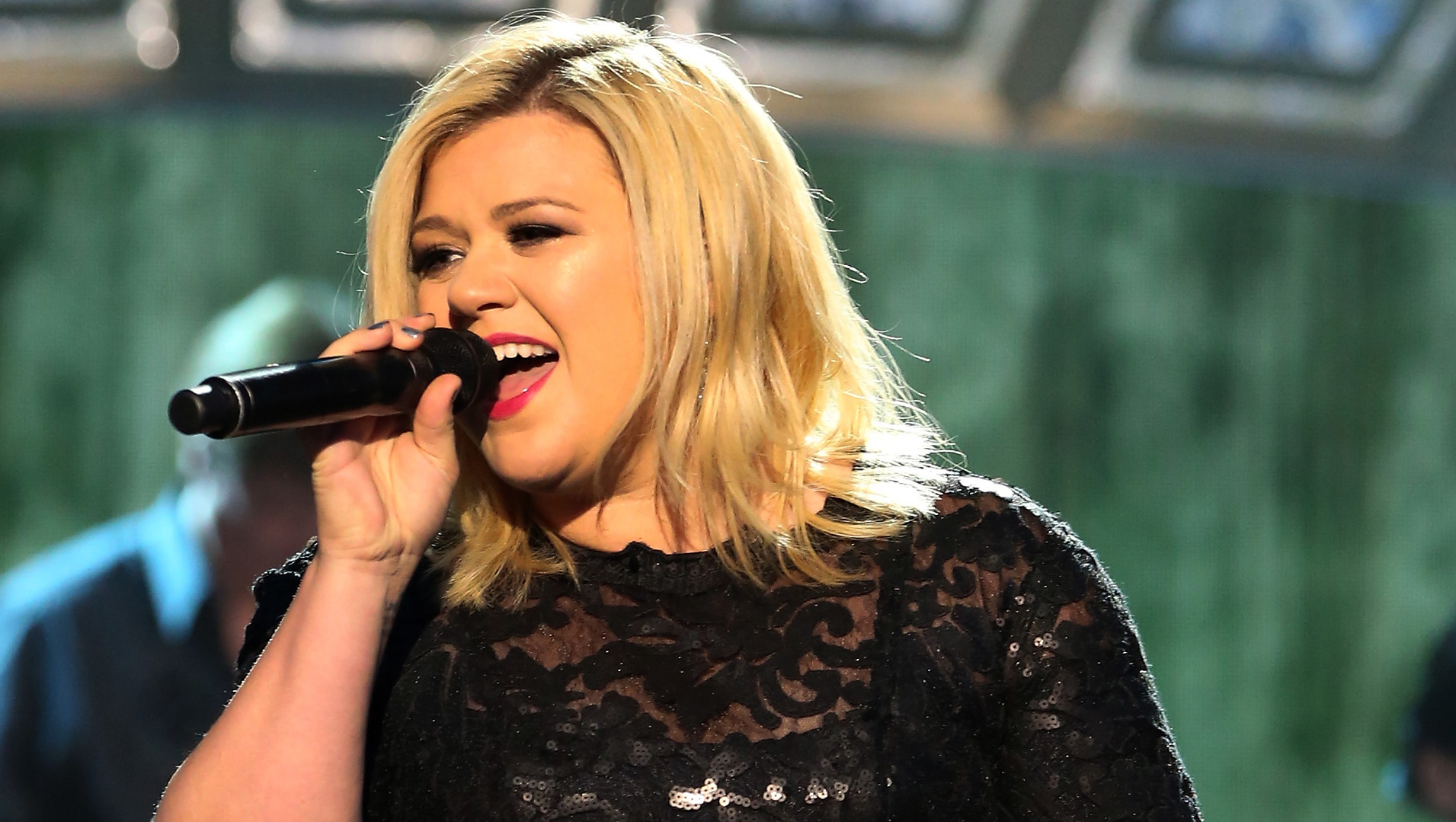 Kelly Clarkson is pregnant for a second time.

The 33-year-old singer divulged the news -- might we add unexpectedly -- Wednesday night while performing at the Staples Center in Los Angeles. "I'm totally pregnant," she told the crowd, adding, "We've told our family. Well, some of them, not all of them."

Clarkson started crying while singing "Piece By Piece," which apparently prompted her to blurt out the scoop.

"I want to apologize to my husband [Brandon Blackstock]. That was not planned. I just didn't want you to think I was crazy. I'm honestly so hormonal today....Nothing's wrong, everything's great...I haven't vomited yet! That's a freakin' win y'all," she said in a video from the show posted on YouTube.

Clarkson and Blackstock welcomed their first child together in June 2014. At the time, Clarkson tweeted: "Our baby girl River Rose Blackstock arrived on June 12th! Thank you everyone for all of your well wishes! Brandon and I are on cloud 9!!"

The couple tied the knot at the Blackberry Farm resort in Tennessee on Oct. 20, 2013. They dated for about a year before announcing their engagement in December 2012.

Watch the pregnancy announcement below: