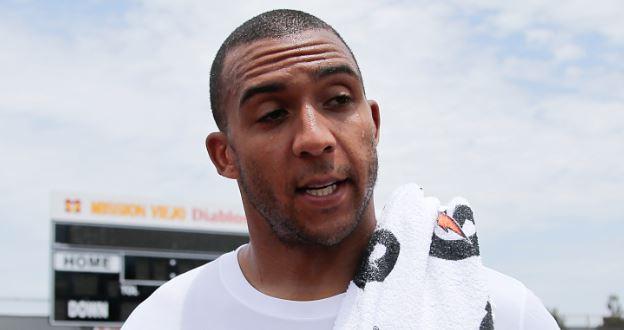 ENCINITAS, Calif. -- Former NFL tight end Kellen Winslow Jr. has been arrested on charges of rape and other sex crimes on the day he was to appear in court on an unrelated burglary charge.  The San Diego Union-Tribune reports sheriff's deputies arrested Winslow on Thursday at his home in the San Diego suburb of Encinitas.

The 34-year-old Winslow was charged with two counts of rape, two counts of kidnapping with intent to commit rape and single counts of forcible sodomy, oral copulation and indecent exposure. San Diego County Sheriff's officials executed a search warrant at his home concurrent with the arrest on an outstanding warrant, reports CBS affiliate KFMB. He's free after posting $50,000 bail.

Winslow was due to appear in court Thursday after being charged with burglary following an incident last month at a mobile home park. He now faces arraignment Friday.

The son of Hall of Fame tight end Kellen Winslow, the younger Winslow spent 10 seasons in the NFL from 2004-13 with Cleveland, Tampa Bay, New England and the New York Jets. The former University of Miami star had 469 catches for 5,236 yards and 25 touchdowns in 105 games.

Drafted No. 6 overall by Cleveland, he broke his right leg in his rookie season, then sustained a serious right knee injury in a motorcycle accident that offseason.