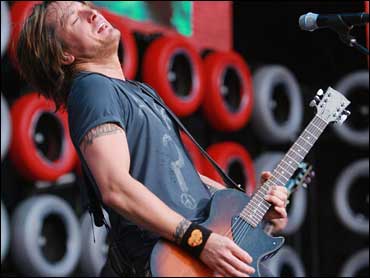 Country star Keith Urban says he was involved in a minor motorcycle accident in his home country of Australia. He was not injured.

Urban blamed the crash on paparazzi who were pursuing him.

Witnesses say Urban was riding his bike near his home Monday when he lost control and fell off. The witnesses claim they saw a photographer following Urban on another bike.

In a statement released by his publicists, Urban says the incident was "the result of one person's desire to do his job and my desire to maintain my privacy."

Urban says he tried to avoid an oncoming car and dropped his bike. He says the photographer came to his assistance without taking photos.