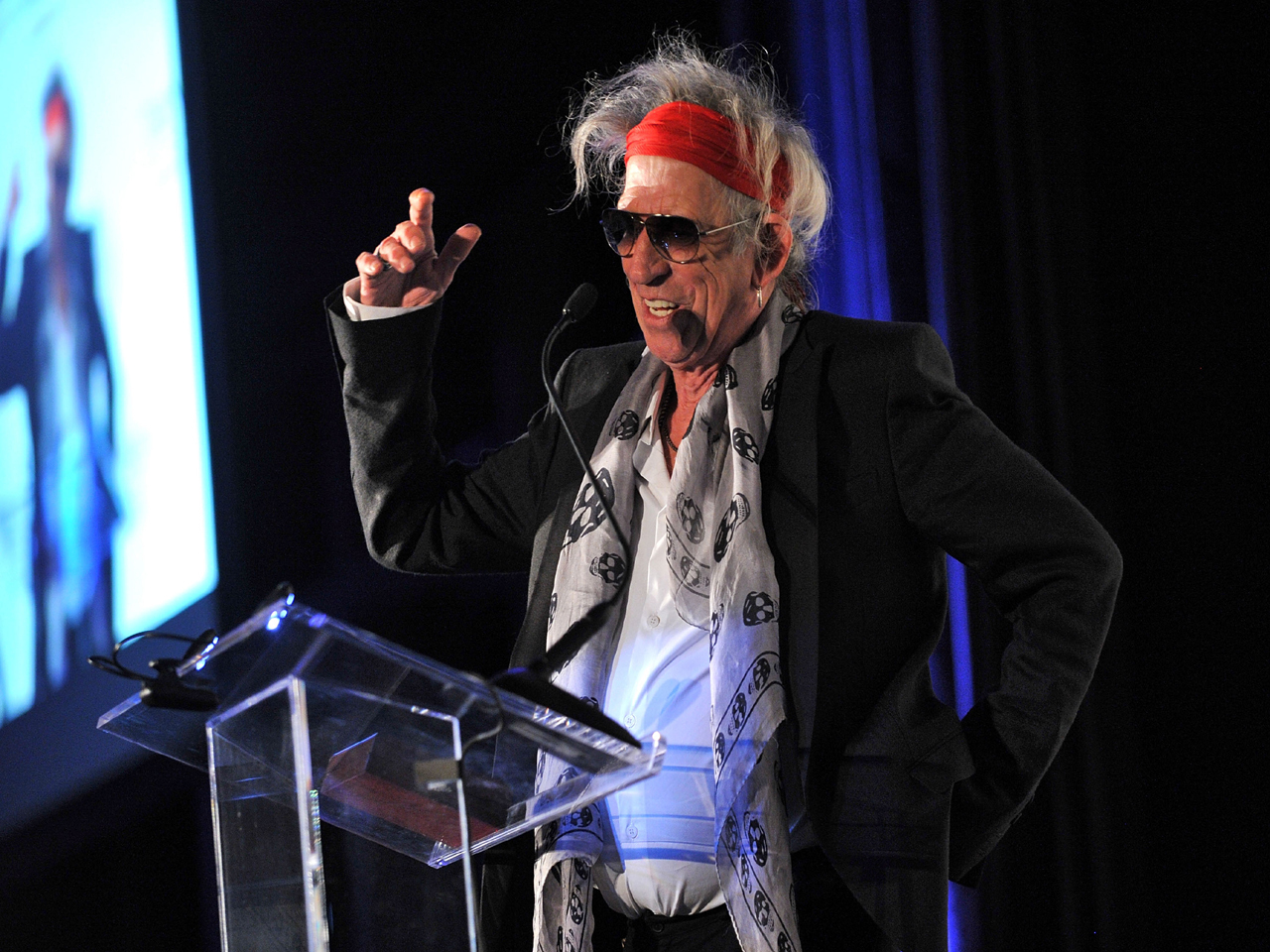 The 68-year-old Rolling Stones guitarist had the procedure done shortly before the holidays and was spotted walking around with an eye patch.

"He's music's ultimate survivor but not even the seemingly immortal Keith Richards can stop the march of time," a source told the U.K.'s Daily Mail. "It was a harmless, quick procedure and he's very happy with the results."

This year marks the Rolling Stones' 50th anniversary as a band. According to published reports, the Stones may be plotting a tour to celebrate, though nothing has been confirmed.

One thing is for sure, though: Richards was in good spirits over the holidays. He posted a handwritten message on his website, noting, "To all Rolling Stones fans. Happy Holidays to you all, Have a great time. Love, Keith. And Happy New Year!!"

Happy New Year to you too, Keith.